UK consumers eating more fish than a year ago

A survey has found that one in six people in the UK are eating more fish and seafood than they were a year ago, with 65% of them saying they have increased their fish intake because they are trying to eat more healthily… 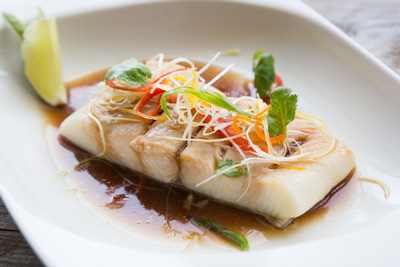 A YouGov survey for the Marine Stewardship Council (MSC) has found that one in six people (17%) in the UK are eating more fish and seafood than they were a year ago, with 65% of them saying they have increased their fish intake because they are trying to eat more healthily. Two thirds of people who reported eating more fish these days, said the change in their diet had been motivated by trying to eat more healthily, while other reasons included an effort to cook or eat a wider variety of dishes (42%). One third of people who were eating more fish said it was because they had reduced the amount of meat they eat, though just 2% said they had become pescatarian or cut meat out of their diet altogether.

Almost one in four full-time students (24%) and more than one in five Londoners (22%) polled by YouGov on behalf of the MSC said they were eating more fish these days. People living in households without children were also more likely to have stepped-up their fish consumption (20%).

Toby Middleton, Programme Director for MSC in the UK, said: “At this time of year, many of us resolve to eat more healthily or try new things, and incorporating more fish in our diets can be a good way to achieve both goals. But our poll took place before New Year’s resolutions were made, so clearly for a lot of people the switch to eating more fish is not just for January – there seems to be a growing, year-round interest in ‘meat-free Mondays’, for example, as people try to cut back on the amount of meat they eat, without becoming out-and-out vegetarians.”

“As demand for seafood increases, so does the need to protect our oceans from overfishing. That means it’s increasingly important to ensure that the fish we eat is caught sustainably, so that future seafood supplies and the marine environment are safeguarded,” added Middleton. “Consumers can play their part by choosing seafood with the blue MSC ecolabel.”