General Mills has met or exceeded its goal to reduce sodium by 20% in seven of ten US retail product categories, with reductions across the 10 categories ranging from 18 to 35 percent… 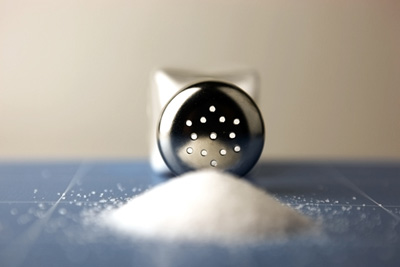 General Mills has met or exceeded its 2015 goal to reduce sodium by 20% in seven of ten US retail product categories, with reductions across the 10 categories ranging from 18 to 35 percent. Progress was also made in the three categories in which General Mills did not meet the aggressive 20% target, including a 19% sodium reduction in ready-to-serve soup, a 19% reduction in Mexican products and an 18% reduction in cereal.

“Sodium reduction has been effort key focus of our continuing efforts to improve the health profile of our products,” said Maha Tahiri, General Mills chief health and wellness officer and vice president, Bell Institute of Health and Nutrition. “Reducing sodium is not a simple task and we knew the 20 percent target would be a challenge. I am proud to have exceeded our very aggressive goals in seven of our key 10 categories, and to have come so very close in others.”

A gradual approach to sodium reduction

General Mills has taken a gradual approach to sodium reduction over time using small, incremental steps to introduce the changes gradually, giving people time to adapt their palates to the lower sodium levels.

“Taste is the main driver of food purchases – and we believe making repeated changes to accomplish a series of gradual reductions is the best way to continue to deliver the great taste consumers expect, while also supporting our commitment to the goal of reducing sodium intake in the American diet,” said Tahiri.

Product developers have been able to reduce sodium in some recipes by adding additional spices to ensure the flavour of the food remains vibrant, and in others by adjusting the placement of the sodium –moving it to the food’s surface, for example, so it’s more readily tasted.