Innova Market Insights has assessed the impact of the Paleo Diet on launch activity, tracking the use of the word “paleo” in launch products… 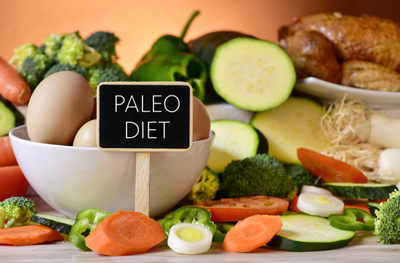 As the “Paleo Diet” has grown to achieve almost cult status, particularly in the US, Innova Market Insights has assessed the impact of the Paleo Diet on launch activity, tracking the use of the word “paleo” in launch products. The Paleo Diet exploits rising interest in returning to the eating habits of our ancestors, perceived to be simpler and more natural. While interpretations of the diet vary considerably, the basic idea is to eat a similar diet to how our human ancestors would have eaten 10,000 years ago, prior to agriculture and farming. This means a diet of lean meat, nuts, fruits and vegetables, with no access to grains, legumes, dairy and foods high in refined sugar and salt.

When tracking Paleo launch activity, Innova Market Insights saw a huge surge over the past five years, from single figures in 2010 to over 300 in the 12 months to the end of September 2015. Although this remains very small in terms of global launch activity totals, it is nearly three times the number recorded in the previous 12-month period.

“Natural ingredients are increasingly in demand,” according to Lu Ann Williams, Director of Innovation at Innova Market Insights, “and this has resulted in the arrival of new options in some instances and the revival and updating of some established products in others.”

“Interest in naturally nutritious ingredients and a return to basics has led to increasing consumption of ingredients such as ancient grains and green foods,” she contends. “It has also led to a surge in interest in alternative diets and eating habits, bringing awareness of the Paleo Diet to a much wider range of consumers.”

Significantly, activity is also spreading out globally from the US where the current rise in interest started. The share of the US in paleo launch activity fell from over 80% of the tracked launch total in the 12 months to the end of September 2014 to less than two-thirds in the same period in 2015, despite strong growth in total introductions. This indicated the emergence of activity in other parts of the world, perhaps most notably Australia, where activity came from virtually zero in 2014 to account for nearly 16% of the 2015 total, putting it ahead of Europe with 10%.

Launch activity has been fairly fragmented in terms of product categories, although cereals, bakery products and snacks account for a combined 56% share. Sports nutrition products take fourth place, ahead of dairy and soft drinks.

Products are increasingly being marketed as paleo-friendly and some high-profile lines now also feature ‘paleo’ in the product name or brand. Examples in the US include products such as Paleo Cookies and Paleo Protein Bars from Julian Bakery, Paleopure Trail Mix from Paleopure and Steve’s Paleocrunch Granola and Paleogoods Paleobars.