In the study, researchers found drinkers of both caffeinated and decaffeinated coffee saw benefits, including a lower risk of death from cardiovascular disease… 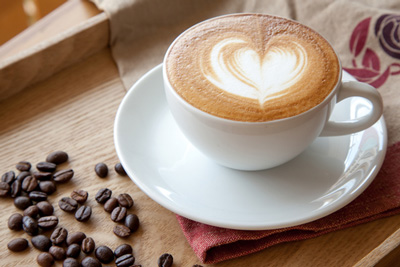 A new study has found that people who drink about three to five cups of coffee a day may be less likely to die from some illnesses than those who don’t drink or drink less coffee. The researchers from Harvard T. H. Chan School of Public Health found drinkers of both caffeinated and decaffeinated coffee saw benefits, including a lower risk of death from cardiovascular disease, neurological diseases and type 2 diabetes.

“Bioactive compounds in coffee reduce insulin resistance and systematic inflammation,” said first author Ming Ding, a doctoral student in theDepartment of Nutrition. “That could explain some of our findings. However, more studies are needed to investigate the biological mechanisms producing these effects.”

The researchers analysed health data gathered from participants in three large ongoing studies: 74,890 women in the Nurses’ Health Study; 93,054 women in the Nurses’ Health Study 2; and 40,557 men in the Health Professionals Follow-up Study. Coffee drinking was assessed using validated food questionnaires every four years over about 30 years. During the study period, 19,524 women and 12,432 men died from a range of causes.

In the whole study population, moderate coffee consumption was associated with reduced risk of death from cardiovascular disease, diabetes, neurological diseases such as Parkinson’s disease, and suicide. Coffee consumption was not associated with cancer deaths. The analyses took into consideration potential confounding factors such as smoking, body mass index, physical activity, alcohol consumption, and other dietary factors.

“This study provides further evidence that moderate consumption of coffee may confer health benefits in terms of reducing premature death due to several diseases,” said senior author Frank Hu, professor of nutrition and epidemiology. “These data support the 2015 Dietary Guidelines Advisory Report that concluded that ‘moderate coffee consumption can be incorporated into a healthy dietary pattern.’”