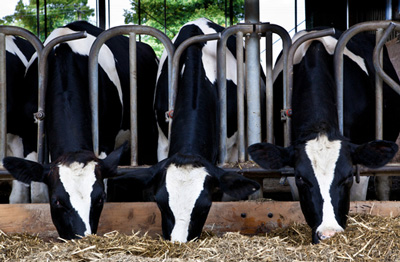 Farming Minister George Eustice has announced that support payments from the EU to help UK dairy farmers will start arriving in bank accounts from today. The first payments have been made to over 10,000 dairy farmers across England, Scotland, Wales and Northern Ireland, amounting to almost £19.2 million. Payments will continue through November and December.

The UK government secured £26.6 million in support from the European Commission in September – the third largest support package among Member States – to help dairy farmers affected by the current global volatility in milk prices.

UK ministers agreed to pay a flat rate linked to milk production and for the Rural Payments Agency to pay out the money on behalf of the administrations in Scotland, Wales and Northern Ireland as well as England.

UK Farming Minister George Eustice said: “It’s been a tough year for dairy farmers grappling with low prices for the milk they produce. We fought for, and secured, one of the largest support packages amongst EU countries and the RPA has pulled out all the stops to start making these important payments two weeks earlier than planned. I hope these payments will now provide some much needed relief for dairy farmers across the UK.

“In addition to this short-term support, our work to increase the long-term resilience of the industry continues, including introducing a fairer tax system, pushing for clearer labelling of British dairy products and setting up a futures market for dairy.

“We are also working with the industry to open up new export markets and only last week, dairy businesses from across the UK were out in Shanghai exhibiting their wares as part of the Secretary of State’s trade mission to promote Britain’s high-quality dairy produce to the Chinese.”