Soft drinks industry contributes over £11 billion to the UK economy

A new report, commissioned by the British Soft Drinks Association, sets out the extent of industry impact on the wider economy including supply chain, retail and hospitality… 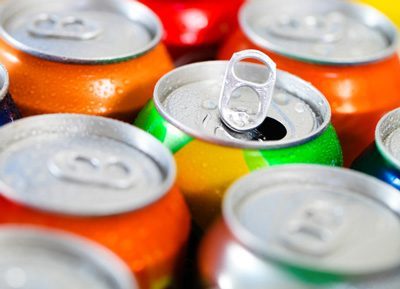 A new report commissioned by the British Soft Drinks Association shows that Britain’s soft drinks industry supports over 340,000 jobs and contributes over £11 billion to the UK economy. The report, by Oxford Economics, sets out the extent of industry impact on the wider economy including supply chain, retail and hospitality.

The report was unveiled at an event at Westminster as figures confirm that the industry is helping consumers to reduce their calorie intake.

Calories down 7.5% across the soft drinks market

Data from Kantar WorldPanel shows that calories across the soft drinks market were down by 7.5% in the 3 years to January 2015, helped by reformulation, new product development, availability of smaller pack sizes and increased investment in advertising low and no calorie drinks.

Gavin Partington, Director General, British Soft Drinks Association, said, “This report by Oxford Economics analyses the full extent of the sector’s impact on the wider economy and shows that at least 100 jobs in every Parliamentary constituency are supported by the sector. In some it’s many more.

“Taken together it shows that our sector contributes over £11 billion to the UK economy and supports over 340,000 jobs. By any standards that is a major economic contribution to this country.”

Speaking on Monday at the launch of the Oxford Economics report, Brecon and Radnorshire MP Chris Davies said, “I am delighted that Oxford Economics has highlighted the extent to which the soft drinks sector contributes to the UK economy, though it is not surprising. Businesses in this sector, including Radnor Hills in my constituency, sustain thousands of jobs and are a vital part of the UK economy.

“The successes achieved so far by the industry in increasing the consumption of low and no calorie products is admirable and demonstrates its responsible nature.”