According to Key Note’s latest report, the UK market for premium lagers, beers and ciders was estimated to have grown by 1.2% year-on-year in 2014… 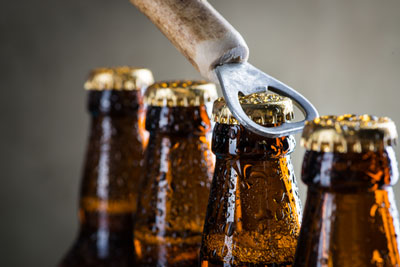 According to the report, the UK market for premium lagers, beers and ciders was estimated to have grown by 1.2% year-on-year in 2014, as the economic recovery, lower duty rates and a return to growth in volume beer sales helped to drive value growth in the market for premium beer and cider products.

Value growth, and the annual increase in volume sales, has mainly been driven by the recent reductions in the level of alcohol duty paid on beer and cider products. For beer, all categories — covering low-, average- and high-strength products — saw cuts in duty ranging between 0.75% and 6% in the years ending March 2014 and March 2015. As a result of two consecutive cuts in the level of beer duty, beer prices were estimated to have fallen, on average, by 1% across the country.

For cider, budgetary announcements were not as favourable, with a 2% above-inflation increase in duty rates imposed for the year ending March 2014, under the alcohol duty escalator policy. For the 2014/2015 financial year, this policy was abandoned across the sector, and duty rates for cider — alongside spirits — were frozen during the year. While this was a positive move for cider and other alcohol sectors, it was not until the latest budget that rest of the alcohol industry, like beer, received a reduction in duty levels.

Owing to cuts in cider duty for the year ending March 2016 and the third consecutive reduction in beer duty levels, combined with sustained economic growth in the UK and the return to growth in volume beer sales, Key Note is predicting stable, albeit, slight annual growth in value sales of premium lagers, beers and ciders over the next 5 years.