Researchers taught adults to flavour their food with spices and herbs instead of salt and found that, by the end of the study, they were able to reduce sodium intake by an average of 956.8 mg/day… 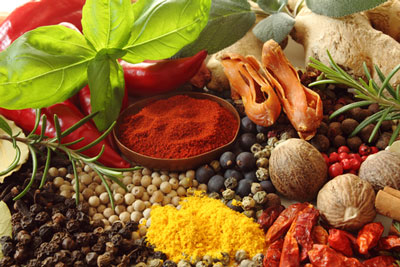 A new study from the University of California, San Diego (UCSD) and Johns Hopkins University, funded by the McCormick Science Institute of McCormick & Company, suggests cooking with spices and herbs instead of salt could help consumers cut sodium intake by nearly 1,000 mg a day. In this US study, researchers taught adults to flavour their food with spices and herbs instead of salt. At the end of the trial, the intervention group, who had tools including spices and herbs as well as cooking demonstrations, were able to reduce sodium intake by an average of 956.8 mg/day – which is about 1/3 of the average sodium adults consume each day.

“This study demonstrates that a multi-faceted behavioural programme including spices and herbs for meal preparation is effective in reducing daily sodium intake,” said Dr Cheryl Anderson, associate professor, UCSD, and lead researcher of the study.  “Teaching consumers to prepare food using spices and herbs with reduced salt is a positive solution that supports a higher quality diet while still enjoying great tasting food.”

“Cutting back on sodium is a message Americans have been hearing for many years,” said Dr Hamed Faridi, McCormick’s Chief Science Officer.  “One of the main concerns with reducing salt content is that often times it impacts flavour, which makes eating less satisfying.  Thankfully, adding spices and herbs can easily solve that problem.”