This news follows a series of international expansion announcements as the UK-based brand, part of the Icelandic international seafood company, moved into the US and Australia last year… 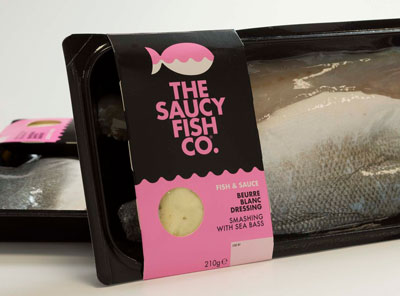 The Saucy Fish Co. has continued its international expansion – this time into Belgium. The Saucy Fish Co. Belgium will debut in a national Delhaize roadshow, along with a print ad in the supermarket’s consumer magazine. The brand have also launched a new Facebook page with content in both Flemish and French, and they intend to launch a dual-language Belgian website next year.

The Saucy Fish Co. moved into the US and Australia last year

This news follows a series of international expansion announcements as the UK-based brand, part of the Icelandic international seafood company, moved into the US and Australia last year.

Since launching in 2010, The Saucy Fish Co. has gone from strength-to-strength, aiming to provide shoppers with the inspiration and ease to cook fish confidently at home. In just five years, the innovative young brand has transformed the way millions of people think about fish.

Kathleen Van Maele, Marketing and Product Manager at Icelandic Gaudus added, “Following the success of the brand’s other international launches; we’re very excited to be introducing The Saucy Fish Co. to a new market in Belgium. Having developed a range of products tailored to Belgian tastes, we’re confident the products will be well received and look forward to seeing the brand take off over the coming months.”