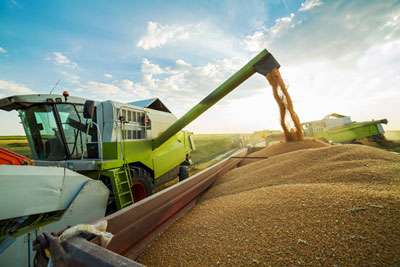 International food commodity prices continued to decline in August as ample supplies, a slump in energy prices and concerns over China’s economic slowdown all contributed to the sharpest fall of the FAO Food Price Index in almost seven years. The index averaged 155.7 points in August 2015, down 5.2% from July, the steepest monthly drop since December 2008, with virtually all major food commodities registering marked dips.

In August, the cereal price index averaged 154.9 points, down 7.0% from July and 15.1% from last year – a decline driven by falling wheat and maize prices that reversed two consecutive months of modest increases. Continued improvements in production prospects for 2015/16 were largely behind the cereal price slides.

The vegetable oil price index averaged 134.9 points in August, down 8.6% from July, and its lowest level since March 2009. The fall primarily reflected a six-and-a-half year low in international palm oil prices, mainly the result of slowing import demand, notably by India and China, amid expectations of rising production.

A substantial drop in prices for milk powders, cheese and butter pushed the August dairy price index down by 9.1% to 135.5 points,  with much of the weakness attributed to softening import demand from China, the Near East and North Africa.

A sharp fall in the sugar price index – down 10.0% from July to an average of 163.2 points in August – was largely the result of the continued depreciation of the Brazilian Real against the US Dollar and firmer expectations that India, the world’s second largest sugar producer, will become a net exporter in the current 2015/16 season.

In contrast to the general downward trend, meat prices in August remained virtually unchanged from the previous month. Nevertheless, compared to the meat price index’s historic peak in August 2014, overall prices were down by 18%.