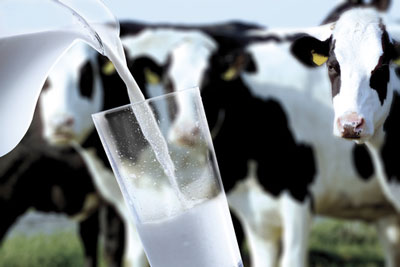 Dairy UK has set out key measures that they say should be brought forward to alleviate the ‘real crisis’ facing the UK dairy industry. Giving Evidence to the Environment, Food and Rural Affairs (EFRA) Committee at Westminster, Dr Judith Bryans, Chief Executive of Dairy UK, said, “Everyone in the industry is acutely aware of the situation farmers are in. It is a real crisis and it is one that is affecting processors too. Dairy UK is delighted that the EFRA committee chose to look at this topic again following its review at the end of last year. It highlights the importance that Government ministers place in helping the UK dairy industry in the short and long term and we thank the Chair Neil Parish for giving us the opportunity to give evidence.

“We also urge government throughout the UK to do what it can to encourage the procurement of British dairy products by public bodies and organisations. If we can drive more demand here it could be a substantial market and could make a difference.”

Dairy UK also told the committee that government assistance in arranging foreign trade visits to the UK should be stepped up as there is clearly room for improvement in the organisation of such visits.

Dr Bryans told the committee that Dairy UK’s Farmers’ Forum had conducted a survey of farmers to get their views on how dairy products could be better promoted.

“Dairy companies are spending around £150million on brand promotion but if we want to promote and protect the underlying integrity of British dairy products that requires promotional funding from other sources.”

Speaking at the hearing, Policy and Sustainability Director at Dairy UK, Peter Dawson said, “Defra should work closely with Dairy UK to access the increase in promotion funds announced as part of the Commission’s support package. Every major manufacturer has an export strategy and the EU fund would act as a significant multiplier for industry promotion efforts.”

Dairy UK is a trade association that represents the interests of producer co-ops, milk processors, dairy farmers and doorstep deliverymen.