The Director-General of FAO joined scientific experts and delegations from Peru, Costa Rica and Norway to witness the ceremony that will help to preserve these vital crops for future generations… 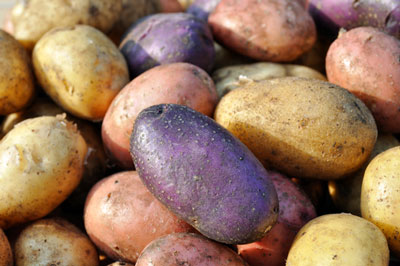 Varieties of one of the world’s most important staple crops, the potato, will be stored for perpetuity deep in the Arctic ice. José Graziano da Silva, Director-General of the Food and Agriculture Organisation of the United Nations (FAO) joined scientific experts and delegations from Peru, Costa Rica and Norway to witness a ceremony that will help to preserve these vital crops for future generations.

The deposit was made at the Svalbard Global Seed Vault, a back-up facility in the permafrost far north of the Arctic Circle that currently holds over 860,000 food crop seeds from all over the world. The mission of the Seed Vault is to conserve the planet’s crop diversity for the food security of current and future generations.

The potato is the world’s third most consumed food

The potato originated in the Andes of South America. Over the centuries, Andean farmers have bred over 2,000 varieties in all shapes, colours and sizes. In addition, there are dozens of wild relatives of the potato stretching from Uruguay to Arizona. The potato is now the world’s third-most consumed food, feeding more than a billion people every day. This remarkable tuber, which is low in fat but high in protein, calcium and vitamin C, is grown on every continent where people live.

However, changing climate and diseases such as potato blight pose a significant challenge to this priceless natural resource, as do the modernisation of agriculture and changes in land-use. Many potato varieties have been lost in recent decades, both to the Andean communities from which they originated, and to the global community as a whole.

In response, a coalition of local, regional and international partners joined forces to reintroduce potato varieties in the field, and to preserve these vital plant genetic resources in genebanks.

Commenting on the deposition of the seeds, José Graziano da Silva, Director-General, FAO, said, “In a few decades, our planet’s food systems will need to feed an additional 2 billion people. Producing more – and more nutritious – food will be made all the more challenging as a result of climate change. Agricultural biodiversity – like that locked inside the potato seeds being deposited here today – is essential to facing these challenges, by helping us develop better, more resilient crops.”