Prices for major food commodities in July hit their lowest average monthly level since September 2009, according to the FAO Food Price Index… 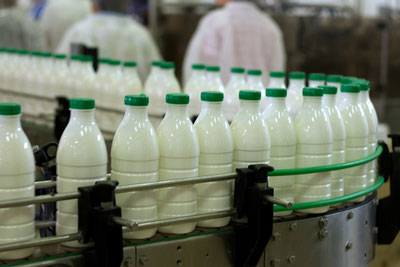 Prices for major food commodities in July hit their lowest average monthly level since September 2009, according to the Food and Agricultural Organization of the United Nations (FAO). Sharp drops in the prices of dairy products and vegetable oils more than offset some increases for those of sugar and cereals. Meat prices, meanwhile, remained stable.

In July, the dairy price index dropped 7.2% from the previous month, mainly due to lower import demand from China, the Middle East and North Africa amid abundant EU milk production which has resulted in good availability of dairy products for export.

The July vegetable oil price index was some 5.5% below its June level, reaching its lowest value since July 2009. The recent slide was primarily caused by a fall in international palm oil prices due to increased production in Southeast Asia combined with slower exports especially from Malaysia, and a further weakening of soy oil prices on ample supplies for export in South America and a favourable outlook for global supply in 2015/16.

The cereal price index rose by 2.0% from June, but was still 10.1% below July last year’s level. For the second consecutive month, higher wheat and maize prices, in part due to unfavourable weather in North America and Europe, kept the cereal index rising, but rice prices continued to fall.

In July the meat price index remained nearly unchanged from the previous month. An increase in international prices of bovine meat offset a decline for pig meat and ovine meat, while prices for poultry remained stable.

The sugar price index rose by 2.5% from June 2015, largely due to less than ideal harvesting conditions in the main producing region of Brazil.