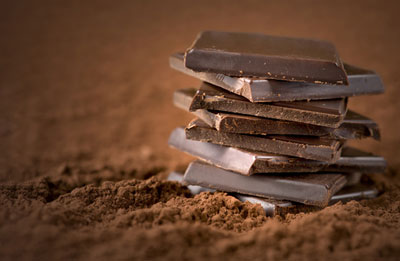 CHOC Chick will be launching their new Blissful Blends at the Speciality & Fine Food Fair from Sunday 6 to Tuesday 8 September 2015 at London Olympia. Galia Orme, founder of CHOC Chick, will present samples, tastings and live raw chocolate demonstrations at the stand. Using dairy, dairy substitutes and water, she’ll create tasty treats that show the health benefits of raw chocolate and the versatility of her products.

Looking forward to the event, Galia said, “With National Chocolate Week happening from 12 to 18 October 2015, the Speciality & Fine Food Fair is a wonderful opportunity to learn more about chocolate. Cacao is a versatile, yet often misunderstood ingredient. I want to show visitors how chocolate can be healthy as well as delicious.” CHOC Chick will be one of over 70 fine and artisan chocolate producers from around the world at the Speciality Chocolate Fair. A showcase for luxury and gourmet chocolate, this dedicated section of the Speciality & Fine Food Fair is the UK’s only trade event dedicated to the premium end of the market.

Plans to establish CHOC Chick as an international brand

Galia has achieved great success with CHOC Chick. Initially set up as an online store, the company was supplying John Lewis food halls by 2010. That year also saw CHOC Chick products being sold by four distributors to over 200 stores across the UK and Europe. In 2015, her products were listed by Holland & Barrett and now available in 140 stores.

In 2014, Galia introduced CHOC Chick to the east coast of the US. Following a recommendation to Whole Foods Market North Atlantic, she secured US representation and got her products in 30 stores in Connecticut, Massachusetts, Rhode Island and Maine by early November.

Galia now plans to establish CHOC Chick as an international brand with distribution across Europe, the US, China, Australia and New Zealand.