A study estimates that 2.12 million child labourers worked in cocoa production in the 2013/2014 cocoa harvest season in Côte d’Ivoire and Ghana… 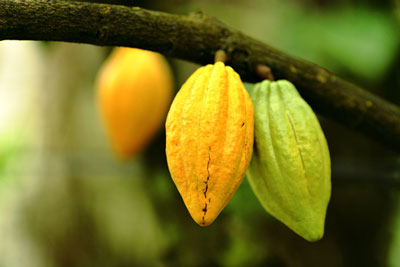 A Tulane University study of the West African chocolate industry estimates that 2.12 million child labourers worked in cocoa production in the 2013/2014 cocoa harvest season in Côte d’Ivoire and Ghana. The study, commissioned by the US Department of Labour, also found evidence of important progress, including significant improvements in access to education for child labourers in both countries.

Study co-authors Professors William Bertrand and Elke de Buhr, of Tulane University School of Public Health and Tropical Medicine, worked with the Ecole Nationale de Statistique et d’Economie Appliquée (ENSEA) in Côte d’Ivoire and the Institute of Statistical, Social And Economic Research (ISSER) in Ghana to conduct the survey, which was part of commitments under the 2010 Declaration of Joint Action to Support the Implementation of the Harkin-Engel Protocol.

96% of the 2.12 million cocoa production child labourers were involved in hazardous work

The report estimates almost 96% of the 2.12 million child labourers in cocoa production in the two countries were involved in hazardous work in the 2013/14 harvest season, representing a 13% increase from the 2008/2009 season. Despite these increases, children working in cocoa production were less likely to be exposed to multiple hazards in 2013/14 than in 2008/09. Also, the number of children working in cocoa attending school rose from 59% to 71 percent in Côte d’Ivoire and from 91% to 96% in Ghana.

The report also highlights that multiple factors were at play in the cocoa growing areas of each country during the period covered, including political instability in Côte d’Ivoire, and increases in population and in cocoa production in both countries.

“We plan to join with ENSEA to support the efforts of the government of Côte d’Ivoire, in particular the Office of the First Lady, in creating a study centre that gathers and analyses multiple sources of child labour data to provide the government and stakeholders with evidence-based analysis of child labour trends,” Bertrand said.

The report is available at http://www.childlaborcocoa.org/index.php/2013-14-final-report .