Mondelēz is to invest more than $130m in its North American biscuit business, adding four state-of-the-art manufacturing lines at its Salinas facility… 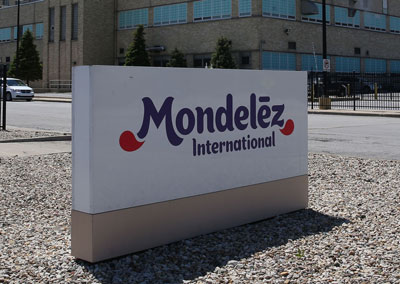 Mondelēz International is to invest more than $130 million in its North American biscuit business. The announcement builds on the Company’s earlier manufacturing investments of more than $170 million in manufacturing lines at its US biscuit plants in Fair Lawn, N.J., Naperville, Ill. and Richmond, Va., as well as additional investments in recent years in technologies and capabilities within its North American supply chain.

“This new investment is part of our ongoing supply chain reinvention plan, as we implement several initiatives around the world to transform our global manufacturing processes to accelerate growth, reduce costs and improve productivity,” said Daniel Myers, EVP, Integrated Supply Chain. “These investments will enable a significant percentage of our global Power Brands to be produced on advantaged assets and are key contributors to our overall margin improvement.”

The announcement follows a process that began in early April, involving discussions with employees’ union representatives from the Chicago plant as well as company due diligence to select between Salinas and Chicago, the two locations which were considered for this investment.

“The Chicago plant has been and will continue to be an important part of the Company’s North American biscuit footprint, producing a variety of beloved consumer products,” said Olivier Bouret, Vice President, North America Integrated Supply Chain, Biscuits. “While the new investment will affect approximately 600 positions in Chicago, we’re committed to treating all impacted employees fairly through this difficult time.”

The Chicago plant will continue to be one of Mondelēz International’s largest North American manufacturing facilities in terms of headcount, and the company plans to continue to invest in capabilities, technologies and infrastructure upgrades at this facility.