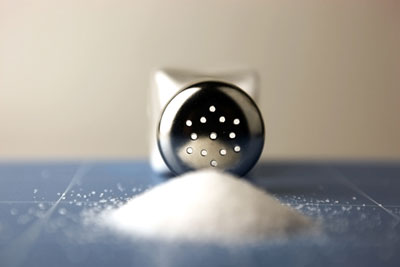 Sodium intake has been identified as a nutrient of public health concern due to its link to increased risk of hypertension, heart disease, and stroke. While authorities continue to call for people to lower their sodium intake, much progress still needs to be made and multiple solutions are necessary to meet the recommended maximum intake of 2,300 milligrams (equivalent to approximately 6g of salt) per day for the general population and 1,500 milligrams per day for at-risk groups.

Changing consumer behaviour is difficult, and some attempts to encourage individuals to lower dietary salt intake have largely proven to be ineffective. Thus, using technology like Tate & Lyle’s Soda-Lo Salt Microspheres could be instrumental in improving dietary intake. Soda-Lo Salt Microspheres is a salt-reduction ingredient that can reduce sodium in certain foods through its technology, which turns standard salt crystals into hollow salt microspheres that efficiently deliver salt taste and functionality by maximising surface area.

The first study, using National Health and Nutrition Examination Survey (NHANES) 2007-2010 data that included over 17,000 participants, found that sodium reduction using Tate & Lyle’s Soda-Lo Salt Microspheres could potentially decrease sodium intake by 230-300 milligrams per day (about 7-9% of total sodium intake among the US population depending on age and gender group).

A second study also used NHANES 2007-2010 data to model the potential impact of Soda-Lo Salt Microspheres on sodium intake in ethnic population subgroups who have higher risk for hypertension and associated diseases. Based upon potential usage of Soda-Lo Salt Microspheres, there was a reduction of 185-323 milligrams sodium per day, which translates to a 6.3-8.4% reduction of current sodium intake in ethnic population subgroups, representing a meaningful reduction in these subgroups whose current intake exceeds recommendations.