Cultured burger could be coming to a restaurant near you

Dr Mark J. Post, creator of the $300,000 cultured burger, is confident his recipe will not only come down in price but someday make it to market… 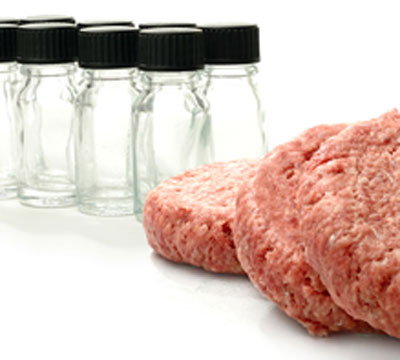 Dr Mark J. Post, creator of the $300,000 cultured hamburger, is confident his recipe will not only come down in price but someday make it to market, according to a presentation at IFT15: Where Science Feeds Innovation hosted by the Institute of Food Technologists (IFT). “It’s realistic that we can do this,” said Post, chair of the department of physiology and professor of vascular physiology and tissue engineering, Maastricht University, The Netherlands, who is refining what he already sees as a patty consistent in look, texture and colour to a traditional ground beef burger but lacking in taste. “We’re starting a company to do this. Initially, it’s going to be a very expensive product but given there’s a hamburger in one restaurant for $450, there’s a market for them.” He said he plans to start the company this year.

Using the stem cells from a cow to grow muscle fibre shaped like a donut, Post and his team created what looks like a hamburger patty but missing the fat content that gives it flavour and taste. He’s redesigning models and cell sources to create tasty fat content for his burger and even offered it up for a taste test to celebrity chefs and tasters in London in 2013 who to his relief, didn’t reject it outright.

A Guardian readership survey, and later an independent survey in the Netherlands, found more than 60% of consumers surveyed said they would buy and eat a cultured burger.

He’s confident early adapters of the lab-produced burgers will urge others to consider it and perhaps even overcome any concerns over its origin, be it natural or unnatural.

“We eat livestock beef because we like it,” Post said. “Once you have alternatives, you can no longer do that. Eventually, the ethical dilemma will be for cultured beef versus livestock beef.”

Post is also working on his models with a stem cell bank which is projecting production costs of his burger could go down from $300,000 to an estimated $65 per kilo.

“Steaks are more difficult to make,” Post said, “but we’re working on that as well.”