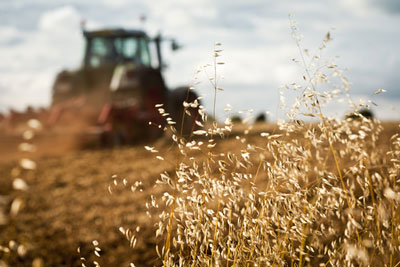 Strong crop yields, higher productivity and slower growth in global demand should contribute to a gradual decline in real prices for agricultural products over the coming decade, according to the latest Agricultural Outlook report produced by the OECD and FAO. Lower oil prices will contribute to lower food prices, by pushing energy and fertiliser costs down, and removing incentives for the production of first-generation biofuels made from food crops.

The OECD-FAO Agricultural Outlook 2015-2024 projects that agricultural trade will increase more slowly than in the previous decade, while its share of global production and consumption will be stable. The Agricultural Outlook points to further concentration of agricultural commodity exports among a few exporting countries, coupled with a dispersion of imports over an ever-larger number of countries – trends that make it imperative to ensure the smooth functioning of international markets.

The growing role of a relatively small group of countries in supplying global markets with key commodities could increase market risks, including those associated with natural disasters or the use of disruptive trade measures.

Global agricultural outlook ‘calmer’ than it has been

Major changes in demand are expected in developing countries, where population growth, rising per capita incomes and urbanisation will increase demand for food, according to the report. Rising incomes will prompt consumers to continue diversifying their diets, notably by increasing their consumption of animal protein relative to starches. As a result, the prices of meat and dairy products are expected to be high relative to crop prices. Among crops, the prices of coarse grains and oilseeds, used for animal feed, should rise relative to the prices of food staples.

Presenting the joint Agricultural Outlook report in Paris, OECD Secretary-General Angel Gurría said, “The outlook for global agriculture is calmer than it has been in recent years, but there is no room for complacency, as we cannot rule out the risk of new price spikes in the coming years”.

Calling the Agricultural Outlook’s projection that developing countries are likely to continue to improve the caloric intake of their populations “good news,” FAO Director-General José Graziano Silva also noted that least-developed countries “remain significantly behind advanced economies; this is cause for concern, as it means hunger in these countries could persist.”

“And malnutrition is an issue: developing countries now have to face problems of overweight, obesity and other diet-related non-communicable diseases,” he added.