BrewDog announces plans to take its craft beer to the US 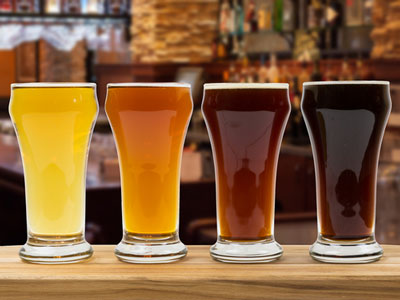 Scottish craft brewery, BrewDog, has announced plans to take its craft beer to the US. The Company has provisionally agreed a deal to build a new 100,000ft2 state-of-the-art craft brewery on a new site in Columbus, Ohio. The new site will ensure the brewery can deliver the freshest beer to its North American beer fans and continue its phenomenal international growth.

James Watt, co-founder of BrewDog commented, “Since the dark days of prohibition, America’s epic brewers have led the craft beer charge and inspired a generation of UK craft brewers, not least ourselves. We are thrilled to finally be setting up a BrewDog home in the Land of the Free, and become part of this craft beer epicentre.”

“Columbus has got a fantastic beer scene already, and the people have always been so welcoming to us, so we felt it would be the perfect location for our stateside operation. This is one of the most exciting projects we have ever embarked upon and we can’t wait to start brewing hardcore beer on both sides of the Atlantic.”

In addition to the 100-barrel brew house, the 42 acres of land will house BrewDog’s US offices, a visitor centre, a craft beer restaurant and a taproom, accessible by road and cycle path.

Watt continued, “Having a brewhouse in Ohio means we will no longer have to ship our beers across the Atlantic to our North American customers and we will be able to deliver fresh, kickass beer into glasses all over the country.”

“The new site will be built and operated in the most environmentally-friendly way possible, as we are committed to minimising the carbon footprint of our American operation from the outset,”

Once opened, BrewDog will be brewing its full line-up of beers such as Punk IPA, Dead Pony Club and Jackhammer, as well as small batch special brews unique to the US brewery. By brewing within the United States, BrewDog will be able to deliver the freshest craft beer to its American beer fans as well as minimising its overall environmental impact.

BrewDog plans to employ over 100 people at the new location, as well as sending brand ambassadors from its Scottish brewery for secondments at the new site.

Watt added, “The new brewery will act as a sister brewery to our current site in Ellon, Aberdeen and we hope to develop a fluid exchange of knowledge, passion and beer flowing back and forth across the Atlantic. The Midwest is a hotbed of craft beer talent and expertise and we can’t wait to see what our American counterparts can bring to the table.”

In addition to the new US brewery, BrewDog is planning to launch five flagship bars in the country’s craft beer hubs such as the West Coast, the North East and Florida.

BrewDog’s international expansion is a core focus for the brewery this year. Last week it announced the appointment of Andrew Hatherell, as its first Head of International Sales.