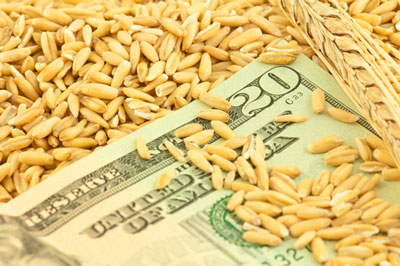 The Food and Agriculture Organization of the United Nations (FAO) has reported that major food commodity prices declined again in May, hitting an almost six-year low as cereal prices fell substantially amid a favourable outlook for this year’s harvests. FAO has also upgraded its May 2015 forecast for global production of wheat, coarse grains and rice, anticipating bigger maize harvests in China and Mexico as well as more abundant wheat harvests in Africa and North America.

The Organization’s latest Cereal Supply and Demand Brief also predicts that global rice output will grow by 1.3% from last year mainly thanks to increases across Asia. However, the forecast is still subject to much uncertainty, as the outcome of the season will very much depend on the unfolding of the season in the next few months.

The Food Price Index is a trade-weighted index that tracks prices on international markets of five major food commodity groups: cereals, meat, dairy products, vegetable oils and sugar. In May, the Index reached its lowest level since September 2009.

Food Price Index May decline driven by drops in the cereal, dairy and meat price indices

The sugar price index rose 2.0%, due to temporary delays in Brazil’s crushing season despite abundant supplies. The vegetable oil price index rose 2.6%, partly driven by concerns that the strengthening of El Niño conditions  may affect production in Southeast Asia.

On the latest upgraded forecasts, global cereal production in 2015 will be 2.524 billion tonnes, only one percentpercent below last year’s record. While some inventories will be drawn down, the world cereal stock-to-use ratio is projected to dip marginally, “reinforcing the view of generally stable cereal markets”, according to FAO.