Unilever has saved 1 million tonnes of CO2 since 2008

Unilever has reached a new milestone of 1 million tonnes of CO2 savings since 2008 in its manufacturing network, resulting in significant cost savings… 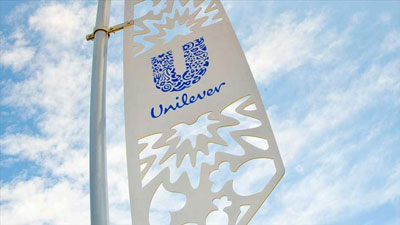 Just three months after announcing the industry leading achievement of zero waste to landfill across its global factory network, Unilever has reached a new milestone of 1 million tonnes of CO2 savings since 2008 in its manufacturing network. Energy consumption has been reduced by 20% – the same energy used to run 40 factories or the equivalent in carbon of over 800,000 acres of forest in one year. This has also resulted in significant cost savings of €244m.

Savings in CO2 have been delivered by a global strategy, including circular economy approaches, for example:

The announcement was made ahead of Climate Week Paris (18-22 May). Unilever has been assessing its greenhouse gas emissions since 1995. Reducing energy use not only benefits the environment, but has a clear business purpose as it helps to drive down costs and means Unilever is less exposed to changes in the energy price market, improving business resilience.

Unilever is committed to continuing to reduce its energy consumption, and will switch to renewable energy where cost effective. This has been a big move in Europe and North America where all of the electricity purchased by Unilever factories is from renewable sources. Across the globe, 28% of the energy used by Unilever factories comes from renewable sources, with 39% of electrical energy produced from this source.

Unilever is also helping other industries to reduce their carbon emissions. In Indonesia, sludge waste goes into another company’s cement as a material – this then contributes to CO2 reduction as the cement industry is the 6th biggest contributor to GHG emissions in the world.

Pier Luigi Sigismondi, Unilever Chief Supply Chain Officer, said: “Reducing our energy consumption not only cuts our greenhouse gas emissions – the equivalent in carbon of 800,000 acres of forest each year – but also cuts our costs. Since 2008, we’ve saved over €244m by reducing our CO2 emissions.

“Across our supply chain we are increasingly turning to energy provided by wind, solar and biomass, converting heat from our manufacturing processes into power for our factories. We are on track to reach our target of 40% renewable energy by 2020.”