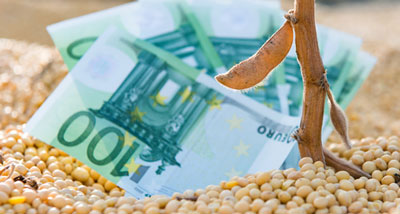 “The world food import bill is forecast to reach a five-year low in 2015,” states the latest Food Outlook report from the Food and Agricultural Organization of the United Nation (FAO). International prices for agricultural commodities continued to decline in April and abundant inventories are poised to offset any pressure from the slight reduction in global harvests expected this year.

Worldwide cereal production will likely decline by 1.5% from last year’s record-breaking output, mainly due to reduced acreage planted with maize , but the impact will be cushioned by “exceptionally high” levels of existing stocks.

FAO’s first forecast for global cereal production in 2015, assuming normal weather conditions for the remainder of the season, amounts to 2.509 billion tonnes, down from last year’s record but nearly 5% above the average of the past five years.

International food prices are likely to stay under downward pressure due to large supplies and a strong U.S. dollar, according to the Food Outlook, which noted that “currency movements and macroeconomic developments may have important implications for markets again in 2015-16.”

Several years of solid harvests and stockpiling mean most basic food commodities are in surplus. As a result, the projected drop in cereals output is not expected to impact availability of food for consumption.

The abolition of the EU’s milk quota contributed to a 6.7% monthly drop in the Dairy Price Index

Dairy production trends are poised for further steady growth of around two% in 2015, with lower international prices buoying imports in Africa. The abolition of the European Union’s milk quota system is likely to boost output and was one of the main drivers of the 6.7% monthly drop in the Dairy Price Index.

Sugar production is expected to increase only slightly – driven by India, the EU and Australia – but still surpass consumption for the fifth consecutive season.

Bumper soybean crops will drive a strong 5.7% increase in total oil-crop production in 2014/15 season. That, coupled with sliding prices linked to more tepid demand from the biofuels sector and surging inventories, may lead to reduced output in the coming season, according to FAO.

Worldwide production of beef is expected to grow only 0.2% in the coming year, while output of all meat grows by 1.3%.