FAO, EBRD and UfM seek to boost food security in the Mediterranean

FAO, EBRD and UfM have co-organised a form to discuss and boost food security in the southern and eastern Mediterranean Region… 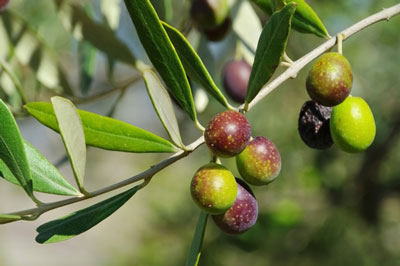 Boosting sustainable agricultural production and trade is one of the main priorities for the southern and eastern rim of the Mediterranean, where most countries produce insufficient quantities of food staples. For this reason, the Food and Agriculture Organization of the United Nations (FAO), the European Bank for Reconstruction and Development (EBRD) and the Union for the Mediterranean (UfM) have co-organised the “Private Sector Forum on Food Security in the Southern and Eastern Mediterranean Region”, a two-day conference (5-6 May) to deepen relationships between the public and private sector and to develop initiatives to increase investment in agricultural and food systems.

The Forum has gathered policy-makers, financial institutions and representatives from the private sector, research centres and academia. It offers participants the opportunity to discuss how the public and private sectors can collaborate to bolster food security in the region by enabling sustainable private investment in a region characterised by population growth, natural-resource constraints and a structural deficit in the production of staple foods.

The countries of the southern and eastern Mediterranean region import half of their basic crops. Imports of agricultural food products to the region have risen by $69 billion, or 63%, between 2002 and 2013. Meanwhile, exports have risen fivefold since 2000, to $31 billion, including dramatic increases in fruit and vegetable shipments to the Middle East and North African markets.

In 2013 the region imported 29 million tonnes of wheat. It is increasingly dependent on imports for key staples such as grains, sugar and vegetable oil, which supply the majority of calories consumed. Furthermore, moving grain from port to mill can cost up to four times more than the global standard, due to slow turnaround times for vessels, storage costs, and high product losses.

This high demand for basic food products is mainly due to rapid population growth in a region which has limited and fragile natural resources – in particular, land and water – and an acute vulnerability to climate change. The region also suffers from under-investment in agriculture and insufficient private sector participation.

At the Forum, EBRD Vice President Philippe le Houérou said, “In recent years, food security has become one of the EBRD’s priorities. A dynamic, competitive and inclusive agribusiness industry, driven by private sector participation, can be a powerful force to promote food security. In the next three years, the EBRD aims to invest over €300 million in the region’s agribusinesses, from SMEs and family farms to larger agro-processing companies, to reinforce the private sector role in enhancing food security.  We are also combining our efforts to put in place policies that encourage investment, to build more efficient import value chains, and to encourage more inter- and intra-regional trade, which will help achieve this potential.”

Southern and eastern Mediterranean countries could shift from a model in which they seek to meet all of their own food needs, to an agricultural self-reliance model based on using comparative advantages. Under this model, export earnings generated by food products appropriate to the region are used to purchase imports of food goods that are not suited for local production.

While the Mediterranean region is an ancient agricultural heartland, it faces growing constraints on natural resources. Its population on the southern and eastern rim is expected to grow significantly, reaching 360 million by 2030. At the same time, climate-change forecasts suggest that precipitation levels in the region could decline by 10 to 40% by 2050.

“To become as efficient as possible, investments in the agricultural sector must make the best use of scarce natural resources in the region. For example, every drop of water has to be used with extreme care and to generate the highest possible value,” said Laurent Thomas, FAO Assistant Director-General for Technical Cooperation.

He further noted, “FAO is active in providing policy and technical advice to member countries dealing with water scarcity as a corporate priority for the region, and I praise all actors investing in water-saving technologies. Other FAO priorities for the region include building resilience for food security and nutrition and supporting small-scale agriculture for inclusive development.”

A forthcoming FAO analysis will show that natural-resource constraints support the region’s comparative advantage in growing higher-value crops such as olives and other fruit and vegetables. Higher export levels of products in which the region enjoys a comparative advantage would also help cushion the effects of potential global food-price inflation such as the increases that shook much of the region in 2008.