Carlsberg Group has announced a new collaboration between Carlsberg Group company, Ringnes, in Norway, and the renowned Brooklyn Brewery of New York… 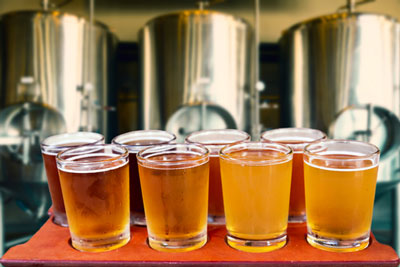 Carlsberg Group has announced a new collaboration between Carlsberg Group company, Ringnes, in Norway, and the renowned Brooklyn Brewery of New York. With the aim of creating the premier beer experience in Norway, the collaboration will see a new brewery with pub, restaurant, conference facilities and visitor centre established at the existing Ringnes E.C. Dahls brewery site in Trondheim, Norway. The brewery will produce both popular local Dahls beer, as well as new craft beers that take inspiration from both Norwegian and US craft brewing traditions.

The brewery will welcome beer and food enthusiasts from around the world and become a laboratory for new ideas and experimentation.

“This is great news for the E.C. Dahls brewery, and great news for beer lovers in Norway and beyond”, says Jørn Tolstrup Rohde, Senior Vice President for Western Europe at Carlsberg Group. “Carlsberg’s collaboration with Brooklyn continues to explore new possibilities in craft brewing. Carlsberg started its life as a small brewery in Copenhagen back in 1847, and thanks to the resurgence of craft brewing in recent times, more and more people are getting interested in the world of beer. We think that’s very positive.”

Brooklyn Brewery will work with E.C Dahls to usher in a new era of craft brewing innovation

“When we started Brooklyn Brewery, we wanted to tap into the great brewing tradition of Brooklyn”, says Brooklyn Brewery founder and chairman Steve Hindy. “Our first beer, Brooklyn lager, was based on the beers that were brewed in Brooklyn during the heyday of the Brooklyn breweries. Trondheim’s E.C Dahls Brewery has kept Norway’s lager brewing tradition alive and is a wonderful foundation for a 21st Century craft brewery. Brooklyn Brewery will work with E.C Dahl’s Norwegian brewers to expand the brewing offerings of E.C Dahls and usher in a new era of craft brewing innovation”, Hindy concludes.

Brooklyn’s brewmaster, Garrett Oliver, is a frequent visitor to Norway and will help develop a new line of innovative craft beers that Norwegian beer drinkers will enjoy. “The new E.C. Dahls will celebrate the great tradition of Dahls and bring the brewery and its portfolio into the world of craft beer,” said Oliver. “Norway already has a great beer scene, and we’re really excited to be part of it.”

E.C. Dahls is the second brewery collaboration between Carlsberg and Brooklyn.