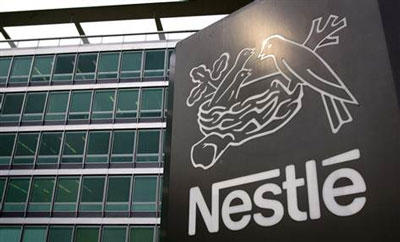 Nestlé have released sales results for the first three months of 2015. Nestlé continued to grow in all geographies in Q1 2015

Nestlé reported a slow start to the year in the Americas (3.7% organic growth, -0.2% real internal growth). Growth in North America came from Coffee-mate, from super-premium and snacks in ice-cream and from baking. The worsening macroeconomic environment had an impact across Latin America, with pricing taken under inflationary pressure in several markets. Brazil achieved good growth in confectionery with strong performances from biscuits and coffee. Mexico delivered solid contributions in soluble coffee and confectionery.

Asia, Oceania and sub-Sarahan Africa had a slow Q1 2015 (-0.2% organic growth, -2.3% real internal growth). Innovations like Nescafé Blend & Brew and KitKat Rubies in Malaysia, Chun premium protein drink from Yinlu in China and the continuing roll-out of Nestlé Milo Activ-Go are laying the foundations for increased growth momentum in the emerging markets. The premium businesses continued to do well overall. Japan grew dynamically, thanks to the ongoing innovation in products and business models and continued good growth momentum in KitKat.

Nestlé Waters continued to deliver solid, broad-based organic (7.3%) and real internal growth (7.5%) in Q1 2015. The premium international brands Perrier and S.Pellegrino continued their good growth momentum in North America, Europe and the rest of the world. Among the local brands, Erikli in Turkey, Al Manhal in Saudi Arabia, Buxton in the United Kingdom and Yunnan Shan Quan in China grew strongly.

Paul Bulcke, Nestlé CEO, said: “Our three-month sales growth was in line with expectations and driven by both real internal growth and pricing. We delivered good performances in Zone EMENA, Nestlé Waters and Other businesses. We continued our efforts to restore momentum in ZoneAOA and in North America, and expect these initiatives to gain traction throughout the year. Our full-year outlook is confirmed: we aim to achieve organic growth of around 5% with improvements in margins, underlying earnings per share in constant currencies and capital efficiency.”