Food Standards Scotland has launched, taking over the responsibilities previously carried out by the FSA with an increased role in regards to healthy eating… 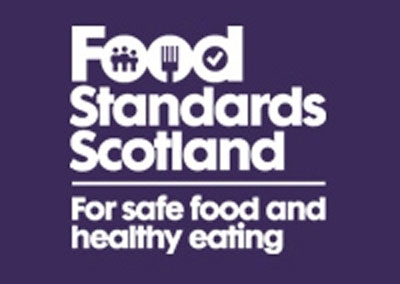 Food Standards Scotland (FSS), the public sector food body for Scotland, has launched, taking over the responsibilities previously carried out in Scotland by the Food Standards Agency with an increased role in regards to healthy eating. The body launches as a new YouGov poll reveals that when it comes to food, the Scottish public is most concerned (outside of cost) about making sure they eat a healthy, balanced diet (39%). This is closely followed by worries over food authenticity (27%) and concern over food safety (23%).

The poll also underlines the extent of confusion over food labelling, with nearly two-fifths (38%) of Scots citing a lack of clear information to make an informed choice. A quarter (25%) of Scottish adults don’t feel they have the clear information they need when it comes to cooking food safely and hygienically and  roughly the same proportion (23%) don’t have the information they need to make an informed choice when it comes to eating a healthy diet.

The same poll showed that 85% of the population feels it is important that there is an organisation focused on protecting the interests of Scottish consumers when it comes to food safety and nutrition.

Against this backdrop, FSS has been established to provide independent information and advice on food safety and standards, nutrition and labelling to consumers in Scotland.

Geoff Ogle, Chief Executive, says that the new body “will provide a regime responsive to Scotland’s needs. Our focus will be on making decisions based on the food safety, labelling and nutrition issues that affect the Scottish public most directly.”

The new Chair of Food Standards Scotland, Ross Finnie, said “The YouGov poll gives a clear steer from the people of Scotland as to what their concerns and priorities are when it comes to food matters. Our remit is to represent the consumer’s interests on food matters by working with consumers, local authorities and other stakeholders, business and industry to address those concerns, and I and the new Board relish the challenge.”