New research suggests that only 0.3% of Americans and 0.1% of Brits achieve the WHO’s recommended dietary goals for sodium and potassium… 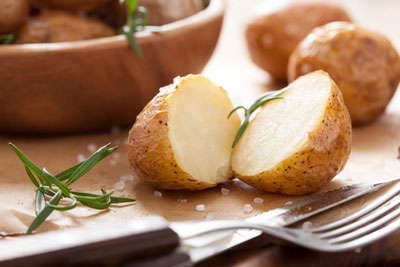 New research suggests that only 0.3% of Americans (three in a thousand) and 0.1% of Brits (one in a thousand) achieve the World Health Organization’s (WHO) recommended dietary goals for sodium and potassium. The WHO recommends the consumption of no more than 2000mg of sodium a day- less than a teaspoon of salt. They also recommend the consumption of at least 3510mg of potassium daily to lower the chance of heart disease and stroke- this is the equivalent of consuming six potatoes or nine cups of milk a day.

The research, carried out by Dr Adam Drewnowski, Professor of Epidemiology who directs the Centre for Public Health Nutrition at the School of Public Health at the University of Washington, and a group of five international colleagues, looked at dietary national surveys conducted by the governments of France, Mexico, the United Kingdom and the United States.

“The data confirm that we eat too much sodium and not enough potassium,” said Dr Drewnowski. “But they also suggest that the numbers being proposed by WHO and other health agencies are completely unfeasible. The chances that a majority of a population would achieve these goals is near zero.”

Dr Drewnowski added, “The problem is that sodium and potassium are found in many of the same foods. Milk has sodium in it, so if you want to reduce your sodium intake you can drink less milk. But milk also has potassium, so if you want to increase your potassium intake, you have to drink more milk. So you cannot have a recommendation that tells you to reduce the amount of sodium you eat by two thirds and to double the amount of potassium you take in.”

WHO’s potassium guidelines would add US$1.49 to the average daily food budget for a family of four

Potassium-rich foods, such as greens, citrus and fish, can improve potassium intake but they can also be expensive. Past estimates suggest that meeting potassium guidelines would add about US $1.49 a day to the average food budget for a family of four.

Dr Drewnowski explained that it will be hard to achieve significant reduction in dietary sodium by consumer education alone. Most of the sodium in the American diet comes from processed foods. Reformulating foods to lower their sodium content would be one strategy to reduce sodium intake. But global guidelines need to take global food patterns into account. Dietary guidelines, especially global health guidelines, need to set targets that are reasonable and are backed by more data from low- and middle-income countries. “The current WHO targets do not appear to be feasible. These targets cannot be met.”

The paper, The feasibility of meeting the WHO guidelines for sodium and potassium: a cross-national comparison study, appears in the journal BMJ Open.