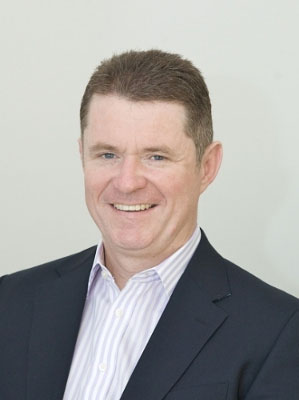 In this role, he will report to Chief Growth Officer Mark Clouse and be responsible for all product and packaging development, research, nutrition, quality, food safety and scientific affairs activities worldwide.

“Rob is an outstanding leader and business partner with passion, technical savvy and extensive experience in both developed and emerging markets. He will bring the voice of our consumers into the successful development of global innovation platforms,” said Clouse. “In addition, Rob is highly experienced in category-led operating models and in navigating through large global organizations. I’m confident he will have an immediate impact as we continue to innovate and drive productivity improvements in support of our growth journey.”

Robin Hargrove succeeds Jean Spence, who is retiring after nearly 35 years of exemplary service. “Jean is a renowned scientist and terrific business leader who constantly raised the bar on food safety, quality and innovation,” Clouse said. “Jean leaves behind an impressive legacy of technical achievement, but more importantly, she’s always been a great role model and advocate for her people. We wish her the very best.”

Robin Hargrove has served as Senior Vice President, RD&Q for Mondelez Europe since 2013. Prior to joining the company, he had worked at PepsiCo in various senior roles since 1994. He led Frito-Lay’s R&D activities in emerging Asian markets and Australia (2000-2002), their North America health and wellness snacks portfolio (2002-2006) and PepsiCo Europe’s R&D portfolio, with a heavy emphasis on the developing Eastern European region, including Russia (2006-2013). He began his career with Procter & Gamble in the UK as a product developer in the laundry detergent category.