Farmers in the Central African Republic are in urgent need of seeds and tools for the planting season, says the UN Food and Agriculture Organization (FAO)… 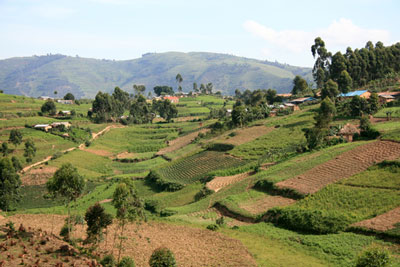 Farmers in the Central African Republic are in urgent need of seeds and tools for the upcoming planting season in April to prevent further deterioration of the livelihoods of vulnerable populations in the conflict-stricken country, the UN Food and Agriculture Organization (FAO) said today. Some 1.5 million people are currently food insecure in the country and this figure is likely to rise should immediate support not be provided. In addition, the significant food shortages across the country could worsen, population movements could result in increased tension, the return of displaced persons and refugees to their villages could be delayed and the costs of the overall emergency response could increase.

“The smooth implementation of the agriculture campaign activities is key to contribute to the decrease of political tensions, of which the main cause is extreme poverty. Agriculture remains the most important source of income for the majority of the population in the country”, said Jean-Alexandre Scaglia, FAO Representative in the Central African Republic. “Ensuring planting during the upcoming season, along with longer-term resilience activities is an opportunity to contribute to peace efforts in the Central African Republic that should not be missed.”

Overall agricultural production is currently still nearly 60 percent below the pre-crisis average and the lean season is expected to begin four months earlier than usual this year.

FAO and its Food Security Cluster partners have identified 150,000 crisis-affected households – farmers, returnees and host families – that had not received support and require immediate assistance.

FAO has already secured funding to assist 86,400 households, but it needs an additional $6.2 million to support the remaining 63,600 households for the upcoming main planting season starting in April. Each family will receive critically needed agricultural inputs such as seeds and farming tools to cultivate 0.5 ha of land, which will cover food needs for up to five months, reduce dependence on humanitarian assistance and stabilize their income.

Thanks to funding received in 2014, FAO and partners assisted over 140,000 households and managed to contain a major food crisis in the Central African Republic.

The 2015 agricultural campaign has been planned within the framework of the Food Security Cluster. FAO’s distributions of agricultural inputs are carried out in close collaboration with the Ministry of Rural Development and partner NGOs as well as the World Food Programme for the distribution of food rations to avoid seed consumption. The Food Security Cluster, co-led by FAO and WFP, brings together around 70 organizations jointly working on food security strategy, information management, coordination of interventions and identification of priorities.

In 2015, FAO is implementing a $42 million programme in the Central African Republic to respond to the immediate needs of the population, building the resilience of 90,000 rural households through an integrated community-centred approach.