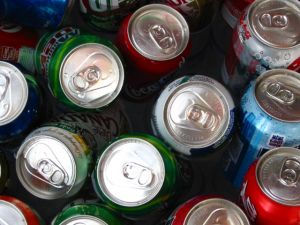 A newly released socio economic impact study by leading market research and analysis provider, Canadean, illustrates the importance of the soft drinks sector and its value chain to the fabric of Europe’s economy.

Commissioned by UNESDA, representing the European soft drinks industry, the study demonstrates how the sector contributes €55.4 billion1 both directly and indirectly to the economies of the EU28 and supports more than one million jobs – 156,000 directly and a further 890,000 throughout the supply chain.  Each worker employed directly by the soft drinks sector supports a further six workers in the value chain.

Of the €55.4 billion contribution, the industry contributes €9.2 billion directly via salaries, tax payments and profits with the greatest beneficiaries being EU members states who receive revenues of some €22.2 billion from taxes related to labour and VAT.  Households in the industry’s supply chain receive €25.2 billion in incomes after income tax.

The study illustrates how the soft drinks industry is a part of the fabric of Europe’s Economy. There are 1071 production and bottling plants in the EU28 operated by local staff, supplying local customers and generating income for national markets.  The sector generates economic value, jobs and income throughout the supply chain from the agricultural sector2 supplying ingredients such as fruit and sugar; to the manufacturing, packaging and bottling processes that support many thousands of suppliers; to the transport, design, advertising and marketing sectors; and finally through to the distribution network of bars, restaurants, supermarkets and corner shops across Europe where its products are sold.

“Our sector is rooted in the European economy and provides jobs, income and added value throughout the supply chain,” explained UNESDA president, Hubert Patricot.  “Even during the recent economic recession our industry continued to invest and to uphold jobs and revenues.  We want to ensure that policy makers and regulators understand this and support our efforts to continue to grow our sector across the continent.”