Study evaluates how to reduce antibiotic resistance in livestock

The study explored whether the physical distance of livestock from bodies of water would prevent the spread of antibiotic-resistant bacteria in field runoff. 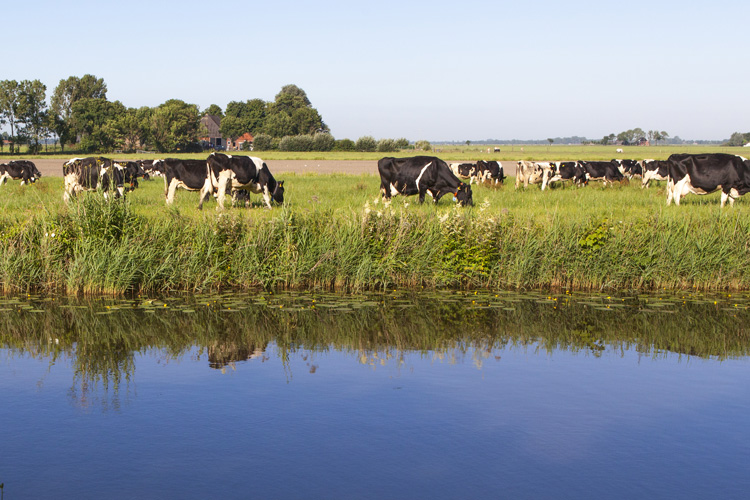 A research team led by the University of Nebraska-Lincoln’s Xu Li ran experiments to evaluate ways to prevent field runoff of antibiotics to reduce resistance in livestock.

Many livestock are administered antibiotics to protect against bacterial diseases. However, this can trigger the evolution of bacteria that can resist them. Those antibiotic-resistant bacteria can then pass along genes to other bacterial species, ultimately reducing the effectiveness of the drugs.

WHO strongly recommends an overall reduction in the use of all classes of medically important antibiotics in food-producing animals, including complete restriction of these antibiotics for growth promotion and disease prevention without diagnosis. It recommended that healthy animals should only receive antibiotics to prevent disease if it has been diagnosed in other animals in the same flock, herd or fish population.

“Scientific evidence demonstrates that overuse of antibiotics in animals can contribute to the emergence of antibiotic resistance,” said Dr Kazuaki Miyagishima, Director of the Department of Food Safety and Zoonoses at WHO. “The volume of antibiotics used in animals is continuing to increase worldwide, driven by a growing demand for foods of animal origin, often produced through intensive animal husbandry.”

The Nebraska-Lincoln researchers explained that when manure from livestock given antibiotics is applied as fertiliser, resistance genes can enter soil and, following precipitation, run off into nearby bodies of water, furthering their spread.

The team wanted to decipher whether the distance between a manure slurry-covered field and surface water could prevent the runoff.

They found that levels of all three antibiotics it measured, along with seven of the 10 resistance genes, substantially decreased as that distance increased. They suggested that maintaining between 112 and 220 feet of distance would limit most runoff pollution across a no-till field rich in the clay soils common to southeastern Nebraska.

However, because this recommended distance is specific to the experimental site, the team suggested running similar experiments with varying field conditions, soil types, slopes and rainfall amounts to calibrate suitable distances elsewhere.