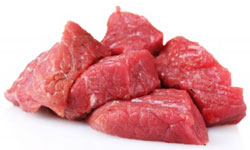 The European Food Safety Authority (EFSA) has completed a major piece of work that will provide the scientific basis for the modernisation of meat inspection across the EU. Following a risk based approach, EFSA has identified and ranked public health hazards in meat. As requested by the European Commission, EFSA has recommended improvements to meat inspection procedures to protect consumers from risks related to such hazards.

Traditional practices of meat inspection are not always suitable for detecting the main meat-borne hazards such as Campylobacter and Salmonella or contamination by chemical substances such as persistent organic pollutants or prohibited substances. For this reason, the European Commission decided that meat inspection practices in the EU should be modernised.

For all types of meat-producing animals considered, EFSA has identified foodborne biological and chemical hazards and ranked them according to their risk for public health.

For biological hazards, the priority ranking was based on assessment of their impact on incidence of disease, the severity of the disease in humans and evidence that consumption of meat from the various species is an important risk factor for the disease.

Risk ranking of chemical hazards was based on the outcomes of the National Residue Control Plans for 2005- 2010 and other testing programmes as well as substance-specific criteria, such as its toxicological profile.

For the most relevant foodborne biological hazards, EFSA has also proposed harmonised epidemiological indicators. The indicators will be useful in the context of the proposed comprehensive meat safety assurance system, enabling the categorisation of farms, flocks or herds and abattoirs according to potential risk and the setting of microbiological targets for carcasses.

EFSA scientific experts have recommended improvements to existing practices or alternative methods for the inspection of meat. EFSA’s experts also considered the implications of the proposed changes to current practices for surveillance of animal health and welfare.

To fulfil this complex and cross-cutting mandate, EFSA drew on its expertise in a wide range of fields within its scientific remit: biological hazards including zoonoses (animal diseases transmissible to humans), chemical contaminants in the food chain, animal health and welfare, and risk assessment methodologies and data collection.

Main biological and chemical hazards identified for each animal species

Recommendations applicable to all species