Why the UK’s coconut oil industry is heating up

The rise in popularity of cold pressed coconut oil has been one of the UK food industry’s great recent success stories. However this food oil, and the manufacturing challenges it presents, are unlike any other. 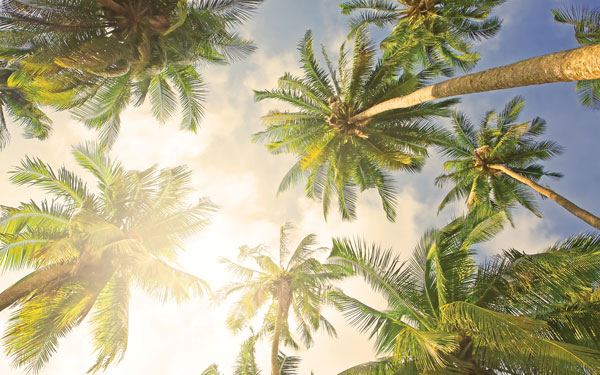 According to Kantar data from September 2015, sales of coconut oil more than tripled last year, up from £4.4m to £13m, after being practically unheard of outside of health food shops just a few years ago.

From our own perspective, its growing popularity has clearly been good news. We went from zero to almost one million units in one year in 2015, thanks to new contracts supplying a combination of big brands and white labelled alternatives.

We’re on track to hit five million units a year by 2017, but that growth’s not been without its difficulties. As a handleable food oil, cold pressed coconut oil was unlike anything we’d ever worked with, and required a whole new technical approach to be devised.

Firstly, to lay out what we were working with, coconut oil is more than 90% saturated fat, which means in our cold UK climate it’s almost always solid. In its grown climate in the Philippines and Singapore it’s always liquid though, and the phase change between solid and liquid happens at 24-26°C, an unusually tight band of transition for any substance.

It’s an insulator in its own right, acting just like a fat does inside the body. Therefore heating it in the wrong way won’t give consistent melting, but will only heat the outside, not the middle.

As a saturated fat it’s a relatively stable product, but because it exists in a semi-solid state in the UK, it is prone to more numerous phase changes than other oils.

And lastly the fact that it is cold pressed coconut oil means that the quality was that much higher due to the lower pressing temperatures involved in the early stages. This meant that the finished product we were delivering had to be that much better quality also.

So those were the biggest challenges we’ve had to face, understand and overcome in order to handle coconut oil successfully; getting melting and heating orientations right, dealing with the phase changes and most importantly, ensuring a superior, high-quality finished product.

Achieving all four required technical solutions at every point of the food manufacturing process is essential.

Going back to the start

To overcome the first phase change, which took place in transit from the Philippines to here, we had to work closely with our customers’ suppliers at the start.

When the coconut oil leaves its country of origin, packed in IBCs on shipping containers, the temperature is 30˚C and humidity is often 80-90%. En route, the ship then travels from a hot to a cold climate.

If it arrived with us in an unusable state, that would be in nobody’s interest – so we began by getting involved in the supply chain early on, helping them take the preventative measures needed to reduce this risk.

These included using the right type of container, the right natural fogging techniques, the right pallets and packaging during loading, so the IBCs inside are unable to support microbial growth. This made a container appear like it had been at sea for hours, not weeks, by the time it arrived in the UK.

On arrival: finding the melting point

The coconut oil arrived at our factory in one-metre cubed blocks of wax, each weighing just under a tonne. These take between 12-36 hours to melt from solid back to liquid, plus extra time for inspections, transit and unexpected delays, so we had to plan our internal logistics well in advance to get each one suitable for handling in the right state in time for the filling process.

There were a number of things we needed to consider in order to do this. Transitioning the oil from liquid to solid and vice versa too many times would degrade it; keeping it hot as a liquid would degrade it faster than it would do as a solid; heating it for too long or too far in advance would have an economic impact on our business in the form of energy costs.

All three were managed by our production planning team because we were able to get the melting process right in the first place.

The thermostatically controlled heating orientation system we devised applied just the right level of heat throughout the metre blocks to ensure complete melting in a reasonable time, without damaging the product, endangering its cold pressed status or costing too much to heat. Without it, the heating process would have taken weeks.

Getting technical on temperature control

Once we had the heating system in place, we employed a combination of technical temperature measurement systems to determine when each IBC was ready for filling.

We couldn’t use temperature probes as we could with other oils, so instead looked to infrared temperature monitoring and attachable multi-point surface monitors instead. These suited the semi-solid format the oil was in before and during the melting period, and the fact that no two IBCs ever took the same amount of time to melt completely.

Combined with manual visual checks, surface temperature checks and regular adjustments to the heating thermostats, we found the optimal process to bring the oil to a consistent 30-35˚C.

Keeping the temperature up

The final challenge was how to keep the oil as a liquid until we could get it through the filling lines and into the bottle, without putting too much energy – or money – into the process.

At this late stage, the coconut oil is no more straightforward to handle. It might behave like any other liquid when hot, but its viscosity is hugely dependent on temperature; acting more like water at 35˚C but quickly turning waxy and snow-like as it cools over a narrow temperature band around 25˚C.

So within a tight temperature band we had to move it from an IBC, through a pumping unit, a filler and then into a jar, bearing in mind that each IBC has its own slight natural variations in product and temperature and therefore handles slightly differently through the filling lines.

If the oil got too cold during the filling process, our pumping system would work more slowly with every revolution because it would adhere itself to the pump gears and the inside of our elements, meaning that each bore is different and the filling volume would change over time. In the worst case, the whole line would seize up, resulting in hours of downtime with heat guns and air blowers being used to warm it up again.

Conversely, if we let it get too hot, the oil would be too watery as it passes through a filling line set up to handle an oil. Its lower surface tension would allow more oil to move through the line faster, causing it to splatter as it hits the bottom of the jar rather than giving a clean fill.

Our approach was designed to avoid both issues. We used multi-speed filling systems which compensate for splatter and let us handle IBCs at different temperatures. By regularly monitoring the temperature of the feed IBC every few minutes and adjusting the line to suit, we compensated for the effect of temperature on density, viscosity and therefore the finished fill volume. That allowed us to liquid fill to the high standards demanded of a cold pressed product.

Pre-running the filling line with hot oil and using localised space heating systems to keep pieces of machinery warm prevented any dramatic drops in temperature. We also made the whole line as compact as possible, reducing the time it took the oil to pass from IBC to filling head to just a few seconds.

To avoid draining the system overnight or during breaks in between production runs, we devised a way to keep the line in a perpetually paused state for up to eight hours at a time.

We enclosed our six-head filling compartment in perspex and set up localised space heaters along the length of the line to maintain a constant 35˚C. This required a balance of economies and practicalities which we found through good old fashioned trial and error.

There followed the final phase change as the coconut oil cooled in the jar. Unlike other substances, it shrinks as it passes from a liquid to a solid, so if it cools too quickly, the oil will cling to the external spaces, causing cracks to appear and damage the aesthetic of the finished product.

By filling according to a weight basis and cooling slowly to ambient, we’ve been able to ensure that by the time it’s solid, the right amount of oil was in each jar in the right condition. Every part of this highly technical process served to get us to that point.

Emma Woods is Technical Manager for Phoenix Speciality Oils. She has worked in agronomy and food product development for over a decade, and joined Phoenix Speciality Oils in 2014. She now works closely with the company’s supply network of British farms, overseeing field trials and cop testing for the food oils business. She also handles new client product development.