Weaknesses triggered by zoonotic disease and mycotoxins will be intensified due to the impacts of climate change, a move to plant-based and circular economies. Here, four experts explore the upcoming issues to be aware of and how we might forge a safe path forwards.

Zoonoses and extreme weather events in Europe, compounded by the COVID-19 pandemic, have shone a spotlight on the underlying vulnerabilities of our global food systems;1 they are a wakeup call that must be heeded. Moreover, most of our food is not produced in single production chains, but in a complex web of actors that trade on a global scale. Many influential sectors and drivers for improved food safety in these chains have already been identified; among them: climate change, growing global population, changing patterns of urbanisation, changing dietary patterns and demographics, water scarcity, and reduced biodiversity (see Figure 1).2 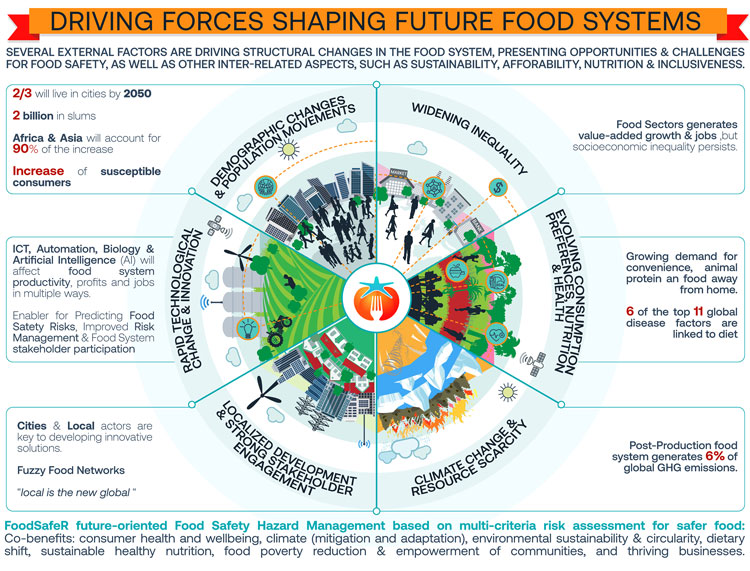