For decades, there have been theoretical considerations about the causes of the aroma improvement during conching of chocolates. Conching is highly important for the sensory quality but is also very time- and energyconsuming, and therefore represents the most expensive step of chocolate manufacturing.

Prior to conching, the basic mixture of sugar, cocoa mass and milk powder is milled in a five-roll refiner to the required final particle size. This produces a dry, flaky chocolate powder. While particle sizes are reduced to smaller than 20μm to avoid grittiness, porous agglomerates are formed which trap and enclose fat. This basic chocolate material reveals an intense sweetness but only a flat cocoa note. During conching it should be turned into a fine flowing melt that has an intense, harmonious and long-lasting taste of chocolate1.

As shown in Figure 1, conching starts with moving the dry flaky chocolate powder. One aim of this ‘dry phase’ is the removal of humidity and a surplus of acetic acid. The next step, inner friction raises the temperature steadily, is responsible for de-agglomeration and so releases entrapped fat, which causes plastification. This most important ‘pasty phase’ allows an intense mechanical treatment of the mass. The consumption of high shear energy brings final de-agglomeration, an optimum fat distribution, allows the mass to reach good flow properties and the wanted aroma development. The temperature can rise up to 80°C for dark chocolate, but should not exceed 55°C for milk chocolate to avoid caramelisation. Afterwards, in the ‘liquid phase’, the mass is liquefied by the gradual addition of an emulsifier and of about five per cent of residual cocoa butter which was held back from the recipe before milling.

About 600 volatile compounds have been found in cocoa and chocolate1-7 and so-called key odorants have been reported3-5. But only minor changes of volatiles occur during conching. Some highly volatile components as acetic acid, 3-methylbutanal and phenylacetaldehyde are evapourated to some extent, while others like furaneol and maltol could be increased2,4. Of course, such slight quantitative changes cannot explain the significant modification of chocolate aroma.

Later findings show that conching results in an altered flavour distribution within the chocolate mass8,9. At the start the flavour occurs only in the cocoa solids and cocoa butter, whereas granulated sugar does not carry any flavour. The sensory impression of cocoa is weak because a greater portion of flavour is entrapped in the matrix of cocoa particles, where it had been generated from the precursors during roasting. Therefore, only some portion of flavour could be released from the cocoa particles and chocolate dispersion. Cocoa matrix effects on flavour volatiles release were also reported by Afoakwa et al6. During conching, flavour components together with fat are released from cocoa and partially transferred to the sugar surface. So, sugar works as a flavour carrier. The coating of the particle surfaces results in a more harmonious aroma perception and in a reduction of the penetrating sweetness of the roll refined sugar. The found mechanism of flavour redistribution during conching applies to both milk and plain chocolates.

Due to the absorption at particle surfaces the concentration of flavour in the fat phase decreases during conching. In order to prove this, about 12 per cent liquid fat was separated from the melted finished chocolate mass in an ultracentrifuge at 30.000g and 45°C. The fat was then subjected in an Antona apparatus to a short-time fractional steam distillation with three consecutive fractions. The flavour substances were extracted from the aqueous fractions using an organic solvent, separated and identified by GC-MS and quantified using internal standards8,9. According to the principle of Multiple Headspace Extraction MHE10, it was possible to calculate the total concentration of selected substances from the concentration in the individual fractions. Tetramethylpyrazin TMP and Benzaldehyde BA were chosen as indicative compounds because of their good detectability. Their minor sensory significance is not relevant for this purpose. The reciprocal of the concentration of the sum of TMP and BA within fat provides the ‘conching degree’ C; therefore C = ([TMP] + [BA]) -1 [mg/kg-1]8,9.

Data in Table 1 demonstrate the influence of conching time on the conching degree and sensory properties of milk chocolates. The concentrations of TMP and BA in the isolated fat decreased clearly due to absorption at the non-fat issue. The slightly lowered flavour concentration in the finished chocolate bars is caused by partial evaporation during conching. The conching results in reduces sweetness and an intense increase of harmonious and mellow taste and chocolate note.

Using this method, finished chocolates of the same recipe and with their final fat content may be compared. So, the effectiveness of conches and conching parameters could be evaluated objectively for the first time. Shear forces are necessary to accelerate flavour transports between particles within the mass. Without stirring, friction and shear the diffusion processes would be too slow and time consuming. The greatest effects of flavour development were found during the pasty phase, when the machine had to work hard with the high viscous mass, and when their friction consumes high energy. Conching tests with dark chocolate of constant recipe were performed using a Buhler ELK conche equipped with a single shaft fitted with a certain number of shearing blades9. The energy input was measured at the shaft via the applied torque over the duration of the conching processes. In several trials the mechanical energy was altered by the variation of different parameters. When five chocolates where produced, a good correlation between energy input, conching degree and sensory rank was found (Figure 2). The highest energy input of 96kWh brought the best chocolate. By applying the same energy input of 69kWh in two trials, a higher conching degree and sensory rating result was found when this energy was introduced with higher average power (8.6kW versus 6.3kW) in shorter time (eight versus 11 hours). The most important parameters that have to be adjusted are total energy and average power, rotation speed of shafts, shape of the shear blades, viscosity of chocolate mass, starting fat level, moisture content, temperature and particle size distribution. While the conching requires about 6-24 hours in modern high-efficiency conches, it took 72 hours in the ancient long-conche1.

Our findings show that conching generates a changed flavour distribution within the chocolate mass. The homogeneous distribution after conching is the basis of the well-known fine chocolate taste. A method has been developed to measure an objective conching degree. The data obtained correlated with the sensory quality. The input of mechanical energy during conching is apparently crucial to achieving the desired quality of chocolate. The commercial goal is anyway to maximise the quality of the chocolate taste with a reduced time requirement and a reasonable energy input. Modern conches with their possibilities of effective energy input offer a good basis for achieving this goal.

Our research project was supported by well-known chocolate companies with industrial conching trials and sponsored by the Industrial Organisation for Food Technology and Packaging, IVLV, Munich.

Wolfgang Danzl is a Brewing Engineer at the Technical University of Munich. For the last four years, he has led the laboratory of chocolate technology at Fraunhofer IVV, Freising and organised the Chocolate Group of the Industrial Organisation IVLV, Munich. 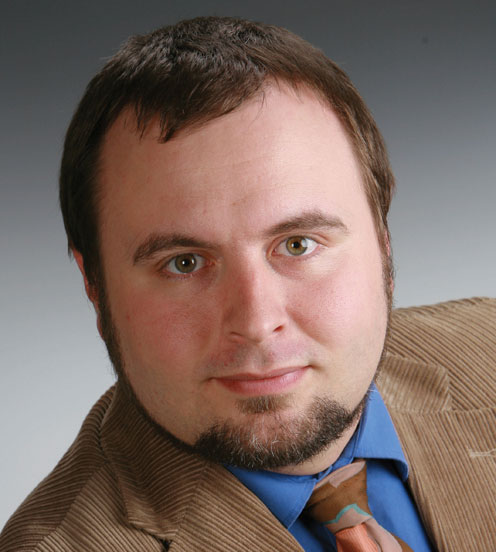 One response to “Chocolate conching: Aroma improvement by a changed flavour distribution”