The pathogenesis of autoimmune diseases is not completely understood, but environmental factors such as life-style, diet, drugs, and infections are thought to be involved. 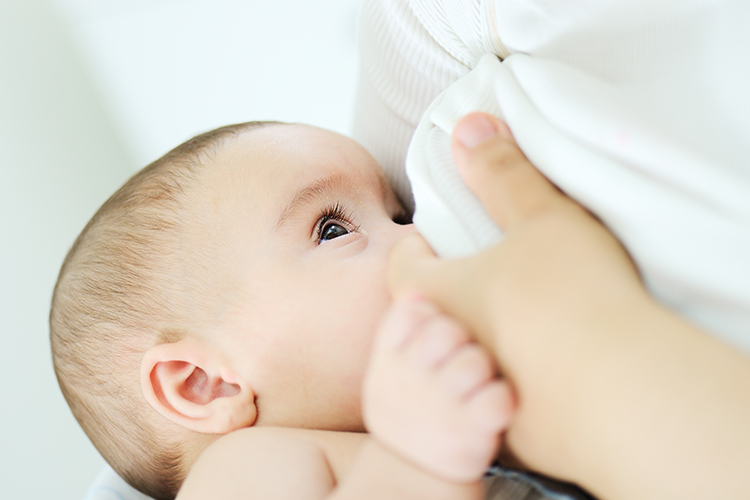 The pathogenesis of autoimmune diseases is not completely understood, but environmental factors such as life-style, diet, drugs, and infections are thought to be involved. More than 80 different autoimmune diseases have been described including inflammatory bowel diseases, multiple sclerosis, rheumatoid arthritis, systemic lupus erythematosus and type 1 diabetes [1].

There are two important aspects of the development of autoimmune diseases. Firstly, there is frequently a disturbance in the nature of the microbiome leading to dysbiosis (an imbalance between commensal and pathogenic organisms) [2] and secondly a serious inflammation of the gastrointestinal tract, both of which are associated with the onset of autoimmune diseases [3].

Human milk oligosaccharides (HMOs) are recognised as playing a role in supporting the microbiome and in modulating the inflammatory response. Results from in vitro experiments and animal models show that HMOs beneficially shape the microbiome and they directly interact with cells of the gastrointestinal mucosa to modulate immune function [4].

The human microbiome might be a major player in autoimmunity, as the loss of immune tolerance can be caused by changes in the microbial composition. The autoimmune diseases, systemic lupus erythematosus, Crohns’ disease and ulcerative colitis have been associated with an alteration of the intestinal flora with a reduced complexity of the commensal microbiota and shifts to a dysbiotic state [2].

HMOs guide the proper assembly and activity of the gastrointestinal microbiome. Bifidobacteria species can use HMOs as the sole carbon source and therefore, HMOs exert a selective pressure on the formation of the gastrointestinal microbiome. They stimulate the development of a Bifidobacterium-rich and Bacteriodes-rich microbiome which protects against dysbiosis and therefore would reduce susceptibility to a variety of autoimmune diseases [5].

HMOs are able to modulate both the infant and the adult gastrointestinal microbiome. When the HMOs 2′–fucosyllactose (2′-FL) and/or lacto-N-neotetraose (LNnT) were fed to healthy adults for 2 weeks, there was an increase in the relative abundance of Bifidobacteria, of 25% in some individuals, and a reduction in the relative abundance of two phyla, Firmicutes and Proteobacteria [6]. This is a useful result since low levels of Bifidobacteria have been reported in patients with autoimmune diseases such as diabetes, Crohn’s disease or ulcerative colitis [2].

The inflammatory response is regulated by cytokines which are proteins secreted from immune cells. They are predominantly produced by T helper cells (Th) and macrophages. Increased serum levels of a number of cytokines are associated with the development and progression of systemic autoimmune diseases [7]. A mixture of HMOs was shown to alter cytokine production by T cells and induce immune tolerance [8]. They attenuated pathogen-associated cytokine levels, while elevating cytokines involved in tissue repair and homeostasis.

Breastfed infants and infants fed with experimental formulas containing the HMO, 2’-fucosyllactose had 29–83% lower concentrations of plasma inflammatory cytokines than did infants fed the control formula [10]. HMOs may well be able to protect infants from development of autoimmune diseases by inhibiting the expression of inflammatory genes which produce cytokines [11].

Autoimmune diseases are a significant public health issue and unfortunately, they cannot be readily cured by medical interventions or drug treatments. Current interventions can control the overactive immune response and bring down inflammation or at least reduce pain and inflammation to some extent.

Therefore, it would be useful to further investigate the beneficial effects of HMOs in alleviating some of the problems of autoimmune diseases. In both infants and adults, HMOs can modulate the microbiome and increase the levels of Bifidobacteria and reduce dysbiosis.

It appears that HMOs can interact with the immune system and inhibit some genes which generate inflammatory cytokines. There is evidence that HMOs could reduce the inflammatory response which is a characteristic of many autoimmune diseases.

A positive aspect also is that, administration to healthy adults of HMOs, 2′-FL or LNnT, at daily doses up to 20 g was shown to be perfectly safe and well tolerated so further studies with HMOs should be quite feasible [6].

Further studies are also possible now as the company, Jennewein Biotechnologie GmbH, located in Germany, has developed a unique HMO production process based on bacterial fermentation, which allows the industrial-scale synthesis of various HMOs. Furthermore, 2ʹ-FL was awarded US Food and Drug Administration (FDA) generally regarded as safe (GRAS) status in 2015. Authorization under the Novel Food legislation, Regulation (EC) No 258/97, was granted by the European Food Safety Authority (EFSA) in 2017.