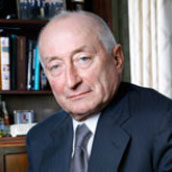 SABMiller announces today a number of directorate and senior management changes that will all become effective from the date of this year’s annual general meeting on 26 July 2012. Meyer Kahn, who first joined the group in 1966, and who has been Chairman of SABMiller plc since its primary listing on the London Stock Exchange in 1999, will retire as Chairman after 46 years of service with the Group.

Graham Mackay, who joined the group in 1978 and who has been Group Managing Director since 1997 and Chief Executive since 1999, will become Executive Chairman, with the intention that he will continue in that role for one year, before becoming Non-Executive Chairman at the annual general meeting in 2013.

Alan Clark, currently managing director of SABMiller Europe, will be appointed as Chief Operating Officer of the Group, and as an executive director, with the intention that he will succeed Graham Mackay as Chief Executive at the annual general meeting in 2013. The board has appointed five new independent non-executive directors over the past four years, and remains committed to its policy of progressive renewal of the board and the independent directors.

SABMiller is today writing to all shareholders to explain the process which has been followed and the board’s reasons for these appointments. A copy of the letter is set out in full as an appendix to this announcement, and is available on SABMiller’s website at www.sabmiller.com.

Sue Clark, currently the Group’s Director of Corporate Affairs, will succeed Alan as managing director of SABMiller Europe. Sue’s successor will be announced in due course. “The senior management team at SABMiller has been one of the most stable and consistent in the FTSE 100, with the Chairman and Chief Executive being amongst the longest serving in their respective posts. Under Meyer Kahn’s extraordinary leadership, both as group managing director and latterly as Chairman, the Group has grown from its South African roots to become one of the world’s largest and most respected brewers. The Group and its shareholders owe a huge debt to Meyer and to the executives whom he has developed and who have worked so closely with him over his years at the helm.

“The Board has unanimously concluded that Graham Mackay is the outstanding candidate to succeed Meyer as Chairman. Graham has 34 years of service with the Group: he is highly regarded in the industry and among all stakeholders, and we firmly believe that he is the right person to lead the board and to represent SABMiller externally at the highest level.”