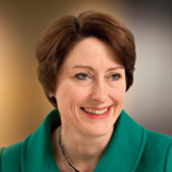 SABMiller announces today that Sue Clark will succeed Alan Clark as managing director of SABMiller Europe with effect from 26 July 2012, following Alan’s appointment as Chief Operating Officer of the Group. “Sue has a deep understanding of the SABMiller group and our culture, a proven ability to get things done in the organisation, and the right mix of skills to drive forward our European business.

“She has been extensively involved in the Group’s strategic planning, mergers and acquisitions activity, and commercial operating model over the past nine years, and instrumental in building and developing throughout the group the capabilities which are critical in enhancing our operational performance and consistently raising the profitability of local operations, while protecting our licence to trade and developing our businesses sustainably for the benefit of all stakeholders.

“I am confident that she will bring to our markets in Europe the same management and vision with which she has led the corporate affairs function, to deliver further value enhancing growth.”