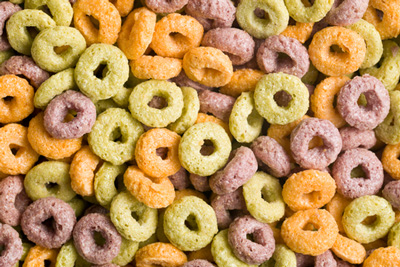 Researchers found demand for sugary cereals fell by 48% if consumers knew a tax was being applied and consumers purchased healthier alternatives.

The study, carried out by experts from Newcastle, York and Anglia Ruskin Universities, examined the impact of both a 20% and 40% tax on unhealthier cereals and soft drinks containing sugar. It also looked at whether telling people they were being taxed influenced the way they shopped.

Lead researcher, Daniel Zizzo, Professor of Economics at Newcastle University Business School, commented on the research: “Our findings suggest a 20% sugar tax would work and lead to large changes in shopping behaviour.”

One thousand people living in the UK took part in the study and were given a budget of £10 to spend on soft drinks and cereals. The goods were split into two categories, healthier and less healthy with the team using criteria Ofcom uses to enforce restrictions of television advertising to children. The scoring system looks at the nutritional content of 100g of a food or drink. It includes energy density, saturated fat, total sugar, sodium and protein, together with an estimate of the fruit, vegetable and nut contents. Participants were asked to complete 10 shopping tasks on a supermarket website. Five of the tasks were to buy cereals and the other five were to buy sugar sweetened drinks. They could also decide not to buy and were free to do so.

The research showed a 40% tax was effective at reducing the purchase both of unhealthier cereals and sugar sweetened beverages. Also, a 20% tax significantly reduced the sale of the cereals but not of the less healthy drinks. However, if shoppers knew they were being taxed by 20%, then purchases of both sets of products fell by around half.

“We know the Government is already introducing a sugar levy on fizzy drinks in 2018,” said Professor Zizzo. “Our evidence shows that it could be applied to other products successfully, though I expect the size of the effect to be smaller than what we found in our study. It also suggests there is an argument for letting shoppers know how much they are being taxed. Our research showed it resulted in a marked effect on their shopping behaviour.”