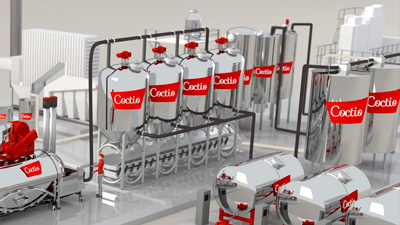 Coctio has taken a significant step in turning bone waste into income for the food industry. Coctio designs and manufactures bone processing lines and module-based machinery that turns bones into in demand products and applications. The processing line is a unique value added solution to the growing demand for bone waste management while meeting the global trend for additive-free bone broth.

The company says the manufacturing line is a huge opportunity for fish, meat and poultry processers to turn waste into significant income. It says generates new revenue streams with a possible payback period of one year. Coctio’s goal is to build and sell at least three to four lines per year and, according to Coctio’s CEO Kai Iiskola, the company is very near to closing its first deal in Europe.

Leftovers can be refined into other products

With Coctio’s method, food industry bone remains can reach a profit rate up to 300 percent.

The reason for this is that the leftovers from the bone broth simmering process can be refined into other products, such as industrial fat, dried meat protein and fertiliser.

A benefit of the Coctio line is that bones can be utilised by up to 100 percent and quick profits can be gained. The company says that the line resolves the challenging issue of bone waste management by sending zero bone remains to landfills or external parties. It further eliminates the current cost of disposing of bone and fat waste. The company says that there is interest from businesses aiming to sell organic bone broth.

Coctio have created an infographic explaining its bone management concept: