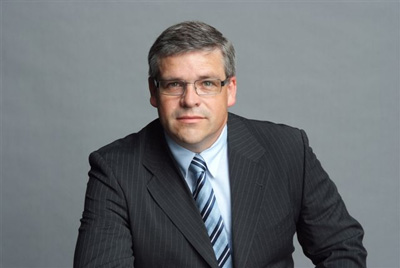 Kelvion’s shareholder committee would like to announce that Robert Wassmer will be joining Kelvion, a globally active manufacturer of industrial heat exchangers, as Chief Executive Officer (“CEO”) and Managing Director of Kelvion Holding GmbH effective as of 1 July 2016.

Robert Wassmer is an experienced CEO with extensive national and international experience. He has a strong track record of creating significant value, in particular during his time as chairman of the executive board at Knorr-Bremse Schienenfahrzeuge GmbH, the European Rail Equipment Subgroup of Knorr-Bremse.

Before that, he was Executive Vice President of DEMAG Cranes AG as well as CEO of Gottwald Port Technology, President of MAG Industrial Automation Systems Europe and President of Bombardier Transportation´s Division Bogies.

Throughout his career, Robert Wassmer held various international executive management positions. He has a PhD Degree in Engineering of the University Karlsruhe (TH).

Klaus-Peter Glöckner joined the Kelvion Management Board as new Chief Sales Officer (CSO) in January 2016 and as Managing Director of Kelvion Holding GmbH in April 2016. Over the last twelve years, he has successfully formed and developed the plate heat exchanger business within Kelvion. Prior to that, he held various sales and general management positions at Ingersoll-Rand and Jagenberg AG in the US, UK and France. Klaus-Peter Glöckner holds three university degrees. He earned a Mechanical Engineering Degree from FH Gießen-Friedberg, an Industrial Engineering and Management Degree from FH Frankfurt and a Master of Business Marketing from FU Berlin.