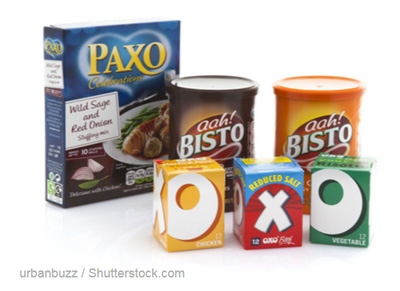 Premier Foods has confirmed that it received an unsolicited approach from McCormick & Company in February regarding a possible offer for the entire issued, and to be issued, ordinary share capital of the Company at an indicative price of 52 pence in cash per Premier share. Premier Foods says this approach was rejected on the basis that it significantly undervalued the Company and its prospects.  The Board received a subsequent approach on 14 March 2016 with a revised possible offer for the entire issued, and to be issued, ordinary share capital of the Company at an indicative price of 60 pence in cash per Premier share. This approach has also been rejected, again on the basis that it significantly undervalues the Company and its prospects, and therefore the Board does not consider that the Proposal would be in the best interests of Premier and its shareholders.

Commenting on the approach David Beever, Chairman of Premier, said: “McCormick’s Proposal represents an attempt to capture the upside value embedded in Premier’s business that rightfully belongs to Premier’s shareholders.  The Proposal fails to recognise the value of Premier’s performance to date and prospects for the future, including the strategic plans we have to accelerate growth.

“McCormick’s Proposal significantly undervalues the business and the Board has unanimously decided to reject it.”

Whilst the price per share indicated in McCormick’s Proposal is significantly above the current share price, due to Premier’s specific capital structure, the Board says that shareholders should evaluate the premium implicit in McCormick’s Proposal with reference to Premier’s enterprise value. On this basis, the offer represents an insufficient premium which, in the Board’s view, does not fairly reflect the benefit to McCormick of gaining control of Premier.

The Board also says it does not believe that the multiple of enterprise value to EBITDA implied in McCormick’s Proposal fairly reflects the Company’s growth prospects.  The Board considers that the Net Present Value of the future cash flows expected to arise from the Company’s growth plans outlined below would imply a price per share significantly above the Indicative Price.

McCormick is required, by not later than 5.00 p.m. on 20 April 2016, either to announce a firm intention to make an offer for the Company in accordance with the Takeover Code or announce that it does not intend to make an offer.