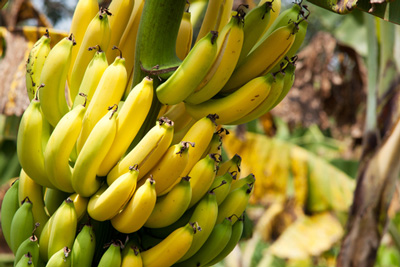 GMB is calling for Irish fruit company Fyffes to be expelled from the Ethical Trade Initiative because of sustained and repeated violations of human rights on its plantations in Honduras and Costa Rica. The Ethical Trading Initiative is a multi-stakeholder forum comprising of companies, trade unions and NGOs that promotes workers’ rights around the globe. Companies within the Ethical Trading Initiative forum are expected to follow the internationally recognised codes of labour conduct as well as international law and guidance. GMB has said that Fyffes are not doing this and consequently should be ejected from the forum.

Explaining GMB’s reasoning, Bert Schouwenburg, GMB International Officer, said: “Fyffes is an appalling employer that cares nothing for its workers who toil in boiling heat to produce the fruit that makes the company’s profits. They have no respect for domestic or international law governing workers’ rights and must be brought to book.

“According to the Fyffes website, their produce is “…produced under the safest working conditions following the fairest labour practices and with the minimum of environmental impact.” It states that the ETI base code (guaranteeing freedom of association and collective bargaining) is incorporated into the company code of conduct and that their fruit is certified by Fairtrade International.

“In stark contrast to Fyffes claims is the experience of 14 women workers on their SURAGROH subsidiary’s melon plantation in Honduras who were hospitalised in December after being poisoned by the noxious chemicals they were forced to handle without any personal protective equipment.

“Workers report that the company does not fulfil its legal obligations with regard to minimum wage, overtime payments, public holidays or Sunday double time. Social security quotas are deducted from pay but not passed on to the government departments, thus depriving employees from accessing the health system or being paid benefits to which they are entitled.

“The company also illegally charges workers for transport to the fields and when they formed a branch of the STAS agricultural workers union at the end of January, 2016, four members of the new Executive were abducted, threatened and held incommunicado for a day until they renounced their membership.

“In Costa Rica, Fyffes’ ANEXCO pineapple firm has embarked on a purge of SINTRAPEM union members on its farms and 12 of them are taking the company to court. Ramón Barrantes, General Secretary of the Costa Rican banana union federation, COSIBA-CR, stated that “… this transnational (Fyffes) has no culture of social dialogue, nor respect for our laws; we are up against a monster that violates the human rights of the workers…” When questioned about their behaviour, Fyffes Dublin and UK management simply say that they prefer for matters to be sorted at a local level.

“If the Ethical Trading Initiative fails to take action against Fyffes given this appalling record, it will confirm suspicions that it is little more than a talking shop which does not merit UK taxpayers’ support. Fyffes should immediately be expelled.”