The Coca-Cola Company to accelerate its bottler refranchising efforts

The Coca-Cola Company plans to refranchise 100% of Company-owned North America bottling territories by the end of 2017, including all cold-fill production facilities… 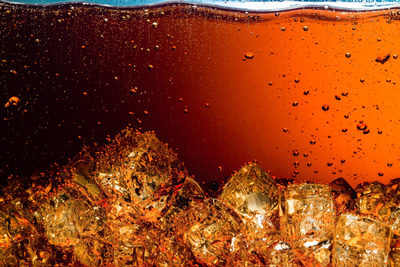 The Coca-Cola Company has announced that it is accelerating the pace and scale of its bottler refranchising efforts with plans to refranchise 100% of Company-owned North America bottling territories by the end of 2017, including all cold-fill production facilities. The Company has also entered into a non-binding letter of intent to refranchise Company-owned bottling operations in China to existing partners China Foods Limited, part of COFCO Limited, and Swire Beverage Holdings Limited, building on other recent global refranchising initiatives in Europe and Africa.

Commenting on the news, Muhtar Kent, Chairman and CEO, The Coca-Cola Company, said: “We have made significant progress on our North American refranchising initiatives. We continue to negotiate additional agreements and we are in constant discussion with potential partners who are excited about investing in the future of the Coca-Cola system in our flagship market as well as in other markets around the world.”

Kent added: “The acceleration of our global refranchising marks a step change in our efforts to refocus The Coca-Cola Company on its core business of building strong, valuable brands and leading a system of strong bottling partners.”

So far, the Company has reached definitive agreements or signed letters of intent to refranchise territories that account for more than 40% of bottler-delivered distribution volume in the United States. The Company’s Coca-Cola Refreshments unit continues to operate Company-owned territories in North America and has said it will work to ensure a smooth transition to aligned, new and existing bottling partners going forward.

As part of this accelerated refranchising effort, the Company now plans to sell the remainder of its Company-owned cold-fill production facilities by the end of 2017. These facilities produce sparkling beverages, such as Coca-Cola trademark brands and Sprite, along with still brands such as Dasani. The Company expects to maintain ownership of its hot-fill facilities, which produce brands such as Powerade and Minute Maid juices. Company-owned hot-fill operations will supply the entire North America Coca-Cola system.

Coco-Cola Company to refranchise its bottling operations in China

Today, the Company is also announcing that it has entered into a non-binding letter of intent to refranchise Company-owned bottling operations in China to existing partners China Foods Limited, part of COFCO Limited, and Swire Beverage Holdings Limited.

Coca-Cola’s third-largest market by volume, China represents a significant long-term growth opportunity for The Coca-Cola Company and its bottling system. The system recently opened its 45th local plant and is currently investing $4 billion in China for future growth, building on $9 billion of investments made in the market since 1979.

Elsewhere, the Company is also focused on refranchising in markets such as Europe and Africa. This includes the planned creation of Coca-Cola European Partners in Western Europe and Coca-Cola Beverages Africa in Southern and Eastern Africa.