In a new study, researchers compared methods of transgenic plant development and identified ddPCR is much faster than the standard approach, yet equally reliable… 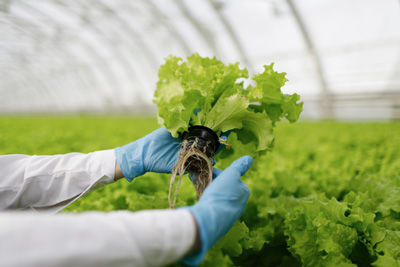 In a new study, researchers from University of Illinois at Urbana-Champaign compared the traditional method of transgenic crop development to several new ones and identified one that is much faster than the standard approach, yet equally reliable. “For plants with long life cycles, such as our food crops, this will greatly speed the time between genetic transformation or DNA editing, and development of pure breeding lines,” said Stephen Long, Gutgsell Endowed Professor of Crop Sciences and Plant Biology and the principal investigator for the study.

To meet the food needs of an ever-growing global population, researchers benefit from transgenic technologies to develop crops with higher yields and greater resiliency to environmental challenges. None of the technologies used to introduce new genetic material into plants work with 100 percent efficiency. Plants and their offspring must be screened to identify those in which gene transfer was successful.

Traditionally, this was done in part by testing successive generations of plants to see if the desired traits are present and breed true over time. In addition, plant scientists can use one of several molecular methods to determine if a gene or genes have actually been successfully introduced into the plant genome. The tried-and-tested method, the Southern blot, yields precise data but is slow and unwieldy. It requires isolating relatively large amounts of plant DNA, using fluorescent or radioactive dye to detect the gene of interest, and performing a week’s worth of lab work for results from just a few samples at a time.

The team compared the Southern blot technique with several that use variations of a chemical process called polymerase chain reaction (PCR). This process allows researchers to quantify specific pieces of the introduced DNA sequences by making many additional copies of them, and then estimating the number of copies – somewhat like estimating the amount of bacteria present in a sample by spreading it on a petri dish and letting colonies grow until they are visible. These methods are much faster than Southern blotting, but if the DNA in each sample does not “grow” at exactly the same rate, the resulting data will be imprecise.

ddPCR is a “reliable, fast and high throughput”

One method examined by Long’s group, digital drop PCR (ddPCR), is designed to overcome this weakness. Rather than using the PCR process to amplify all the DNA in a sample, this method first separates each individual fragment of DNA into its own reaction, much like giving each bacterium its own tiny petri dish to grow in. PCR then amplifies each fragment until there are enough copies to be easily detected, and the total number of tiny reactions are counted. Because this method, unlike others, separates the growth-like step from the quantification step, it can be very precise even when the reaction isn’t perfect. Results can be obtained in less than two days, and many samples can be processed simultaneously.

Long hopes that his group’s demonstration that ddPCR is a “reliable, fast and high throughput” technique will help it to become the new standard for those developing transgenic crops. Although ddPCR is currently more expensive than the other methods, Long said the cost would likely drop quickly, as have the costs of other genomic technologies.