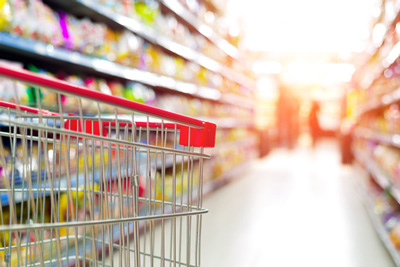 During a thorough investigation covering the period from 25 June 2013 to 5 February 2015, GCA Christine Tacon found that the retailer had acted unreasonably when delaying payments to suppliers, often for lengthy periods of time.

The Adjudicator was concerned about three key issues: Tesco making unilateral deductions from suppliers, the length of time taken to pay money due to suppliers and in some cases an intentional delay in paying suppliers.

She considered Tesco’s breach of the Code to be serious due to the varying and widespread nature of the delays in payment. The Adjudicator has used her powers to order the retailer to make significant changes in the way it deals with payments to suppliers.

Her five recommendations include stopping Tesco from making unilateral deductions from money owed for goods supplied. Suppliers will be given 30 days to challenge any proposed deduction and if challenged Tesco will not be entitled to make the deduction.

The Adjudicator also insists that the company corrects pricing errors within seven days of notification by a supplier.

Tesco has also been told to improve its invoices by providing more transparency and clarity for suppliers and to put its finance teams and buyers through training on the findings from the Adjudicator’s investigation.

Recommendations will “deal” with weaknesses in Tesco’s practices

Adjudicator Ms Tacon said: “The length of the delays, their widespread nature and the range of Tesco’s unreasonable practices and behaviours towards suppliers concerned me. I was also troubled to see Tesco at times prioritising its own finances over treating suppliers fairly.

“My recommendations will deal with the weaknesses in Tesco’s practices during the period under investigation.

“I am pleased that many suppliers have reported improvements in their relationship with Tesco to me since the period under investigation.”

She launched the GCA’s first investigation in February following the Tesco announcement on its profit over-statement and the receipt of information from the retailer and the sector. The information available to the Adjudicator gave her a reasonable suspicion that the retailer had breached areas of the Groceries Supply Code of Practice.

The GCA has set a four-week deadline for Tesco to say how it plans to implement her recommendations. She will then require regular reports from the company on progress, including information on the number and value of invoices in dispute as well as the length of time they remain unresolved.

“To the detriment of smaller suppliers”

The Adjudicator also investigated whether Tesco had required suppliers to make payments to secure better shelf positioning or an increased allocation of shelf space in breach of the Code. She found no evidence of this.

However, she was concerned to find practices that could amount to an indirect requirement for better positioning. These practices included large suppliers negotiating better positioning and increased shelf space in response to requests for investment from Tesco, as well as paying for category captaincy and to participate in Tesco range reviews.

She said: “I am concerned that as a result of these practices the purpose of the Code may be circumvented to the detriment of smaller suppliers who cannot compete with payments for better positioning, category captaincy or to participate in range reviews.

“I have decided to launch a formal consultation with the sector, involving both retailers and suppliers, to help me reach a firm conclusion on whether these practices are acceptable.”

In a statement, Tesco has said it accepts the findings of the GCA report and that it will continue to work collaboratively with suppliers to further build trust. Dave Lewis, Group Chief Executive Officer, Tesco said: “Over the last year we have worked hard to make Tesco a very different company from the one described in the GCA report. The absolute focus on operating margin had damaging consequences for the business and our relationship with suppliers. This has now been fundamentally changed.”

He added: “We have made a lot of progress, but there is still more we can do. Today our colleagues are empowered to do the right thing for our customers and for our suppliers, and I am extremely proud of the way they have responded over the past year.”

Commenting on the news, Tracy Ewen, managing director of IGF Invoice Finance, said, “The news that the Groceries Code Adjudicator will reprimand Tesco over its treatment of suppliers is good news for small businesses in the UK. For many in the supply chain, Tesco’s payment terms have been unsustainable due to delays in payments and unexpected changes in contract terms. This is a reality that SMEs have had very little power to change in the past; the GCA stepping in to censure Tesco over its behaviour is a step forward in helping small businesses tackle the constant stream of unfair payment terms coming from large corporations.

“Tesco announced last year that it plans to simplify its payment terms, however these will not be brought into effect until June, meaning that s suppliers will continue to be subjected to these unsustainable conditions.

“Suppliers have been left waiting for the news of the Small Business Commissioner, which was promised has part of the Enterprise Bill, so substantial support from Government is still uncertain. In the meantime, there are options available to smaller suppliers to cover the gap between completed work and money in the bank. Businesses must ensure to make use of any free financial advice available, before pressure from larger customers impacts their growth or operations.”