Lindt & Sprüngli Group has announced above-average sales growth of 17.4% despite record-high prices for raw materials and a strong Swiss franc… 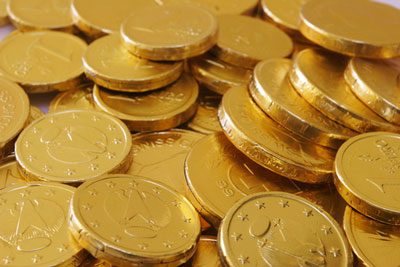 Lindt & Sprüngli Group has announced above-average sales growth of 17.4%, up to CHF 1.409 billion, despite record-high prices for raw materials and a strong Swiss franc. The impressive results confirm that Lindt & Sprüngli continues to be one of the most successful premium chocolate companies in the world.

Lindt & Sprüngli achieved organic growth in all regions – Europe, North America and Rest of the World – and has once again won additional market share in all strategically important markets. Organic growth in the Europe segment reached +6.9%, despite the fact that key markets for chocolate like Switzerland and Europe are largely saturated and facing extremely difficult market conditions. In a flat Swiss chocolate market, Lindt & Sprüngli achieved good results. Lindt continues to realise sales growth in Italy through its expanding modern retail channels. In Germany and France, the increase in Lindt sales was well above the market average, even reaching double digits in the UK.

Sales in the Rest of the World segment increased by +18.2% to CHF 181.1 million, driven by double-digit growth rates.

In the first half of 2015, the Lindt & Sprüngli Group achieved consolidated sales of CHF 1.409 billion. This equates to sales growth in Swiss francs of 17.4% (in local currencies 24.9%). Excluding Russell Stover, organic sales growth was 9.4%. The currency effect on Group sales caused by the stronger Swiss franc was -7.5%.

For the year 2015 as a whole, Lindt & Sprüngli has confirmed its existing medium to long-term strategic sales growth forecast, in local currency terms, of 6% to 8%. The integration of Russell Stover in the USA is a top priority for the Group. Once this integration has been successfully completed, the EBIT margin is expected to increase by 20 to 40 basis points.