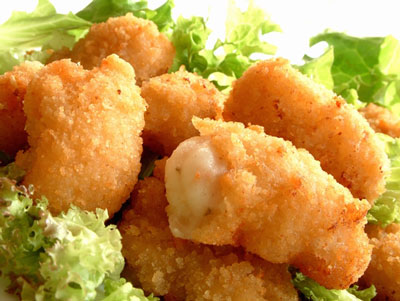 Young’s Seafood Limited has announced changes to the Company’s leadership and governance structures. The changes are designed to ensure that Young’s is as prepared as possible to respond to the challenges of the market, both in the short and the long term.

Young’s Seafood Limited has previously adopted a strategy of “One Young’s” across its ‘back office’ functions to facilitate transparency, improve efficiency and drive functional excellence. Young’s Chief Executive, Pete Ward, is today outlining plans to progress the Company’s One Young’s philosophy across all of its remaining frozen and chilled activities including Sales and Operations. As part of this restructure Frank Green has been appointed to the role of Sales Director and Steve Lidgett has been appointed to the role of Operations Director of Young’s Seafood Limited with effect from 1st August.

Strategic accountability will also be driven by the appointment of key functional heads of all One Young’s activities, together with the Managing Directors of Young’s standalone business units, to the Company’s Board. Members of the expanded Board will report directly to the Chief Executive, Pete Ward

As a consequence of these changes Wayne Hudson, Managing Director of Young’s Seafood Limited’s frozen business unit, is to leave Young’s on 31st July.

New One Young’s Board structure to help evolve the company

Pete Ward, Chief Executive of Young’s Seafood Limited, said, “I would like to thank Wayne Hudson for his contribution to the development of our frozen brand over the past two years. Wayne will leave a frozen business that has succeeded in accelerating its innovation pipeline, improving the consistency of our Brand and driving our market share in an increasingly competitive environment. I would like to thank Wayne for his contribution to our business and wish him well in his future career.”

Pete Ward added, “The new One Young’s Board structure will help us to continue to improve our operations, drive functional excellence and efficiency, and provide the best fish and seafood to our customers and consumers. This is a continuation of our One Young’s strategy, bringing together the expertise within our chilled and frozen operations, and marks the next step in the evolution of our business.”