Can the emerging middle class in Brazil and China make Coca-Cola lose its fizz? 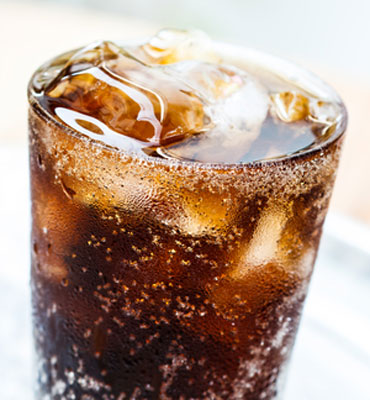 The emergence of a “new middle class” is an important economic phenomenon in many emerging markets, with prominent examples being Brazil, China, India, Indonesia and Turkey. In this process, a substantial mass of low-income households experience upward socio-economic mobility reflected in higher incomes. As a result, they begin to consume goods and services that they could not previously afford. Demand by these “new consumers” may potentially provide an engine of growth for the global economy.

One might expect the established consumer brands to be the primary beneficiaries from this expansion in consumer demand. Nonetheless, in many emerging markets we observe the rapid growth of a fringe of small producers, sometimes referred to as “B-brands,” whose competitive strategy focuses on low prices rather than on extensive advertising and branding efforts. Such brands also tend to operate locally, tailoring their marketing to the characteristics of a relatively small geographic area.

The researchers analyse an intriguing test case: the Brazilian market for carbonated soft drinks. They studied the evolution of this market from December 1996 through March 2003, a period that saw both a substantial expansion of demand stemming from the emergence of a “new middle class,” and a staggering growth of a competitive fringe of soft drinks producers.

Brazil’s large soft drinks market has been traditionally dominated by a duopoly of “premium” soft drinks sellers: the Coca-Cola Company and Ambev. These premium sellers faced increasing competitive pressure from hundreds of regionally focused B-brands, whose combined volume share doubled from 20% to 40% between 1996 and 1999.

In response, Coca-Cola abruptly cut prices in 1999 across its brands by over 20%, with Ambev quickly following. This put an end to the growth in the fringe’s market share, although the fringe continued to command a substantial share of the market.

Analysing data that tracks socio-economic mobility as well as market shares and prices in regional markets over the studied period, the authors conclude that demand by emerging middle class consumers is more elastic than that of the established middle class. For example, raising the price of Coke by 1% lowers its demand among established affluent and newly affluent households by 1.4 and 3.3%, respectively.

The analysis also reveals persistence in preferences, implying that a current choice to consume generic soft drinks substantially increases the probability of consuming it again in the future. The emergence of a new middle class can therefore be interpreted as the arrival into the market of millions of new consumers who are “up for grabs” in the sense that they have not yet formed a persistent tendency to consume premium brands.

This may have aided generic firms in making inroads into this new consumer segment, and may have also provided a strong incentive for Coca-Cola to cut prices with the goal of defending its future market position. Indeed, this move can be viewed as optimal if Coca-Cola considers both medium-run profits and the protection of future market shares as strategic variables.

An emerging middle class can, therefore, provide fertile ground to B-brand growth for many consumer goods markets in the developing world. The insights revealed by this study may be important to global companies that consider entering emerging markets with the goal of tapping into the increased purchasing power implied by this important socioeconomic transformation.